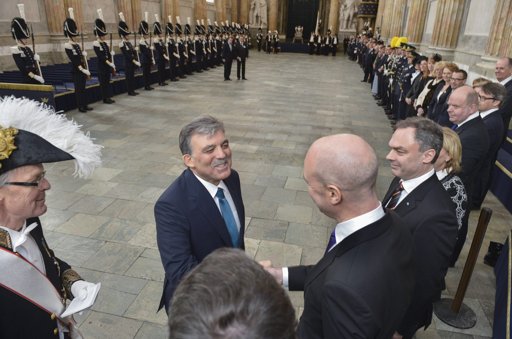 from Hurriyet Daily News
Standards of democracy, human rights, and freedom of expression are very.

Can Cyprus solve the Turkey-EU deadlock?

from Hurriyet Daily News
It would be nice to answer this question with a clear ?yes.?

from Hurriyet Daily News
The financial cost of Syrian refugees on Turkey has reached 1.5 billion dollars, a Turkish official says as Turkey signs protocols on the issue

from FT.com – World, Europe
Demand for Turkish goods soars by an annual $2bn as exports to Baghdad increase 25 per cent a year, making it Ankara?s second-most valuable market

Davutoglu optimistic about future of bilateral relations with Greece

by Acturca
Ekathimerini.com (Greece) Tuesday March 12, 2013 By Tom Ellis Although accepting international law as the ?backbone? of any bid to tackle outstanding issues between Greece and Turkey, Turkish Foreign Minister Ahmet Davutoglu stops short of endorsing the International Law of the Sea as a basis for a solution, opting instead for bilateral talks. Turkey is

Head of EU Delegation in Ankara Jean-Maurice Ripert, who chaired the EU-Turkey Conference of Journalists event in Istanbul yesterday, said that a critical process disappointing the two sides about Turkey?s full EU membership has been experienced for the last two and a half years, but this stage would be tackled thanks to concrete steps recently taken by the two sides.