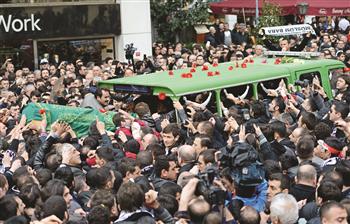 Müslüm Gürses was laid to rest after a ceremony at the Teşvikiye Mosque. Photo by Emrah Gürel

from Hurriyet Daily News
Müslüm Gürses, the famous Turkish singer who passed away March 2, was laid to rest in Istanbul.

Alcohol will be served after PM Erdoğan gone. This is a decision “out of respect” to PM Erdoğan’s piety… :

from Hurriyet Daily News
Turkish international and Atletico Madrid midfielder Arda Turan will not serve any alcohol at his upcoming wedding. 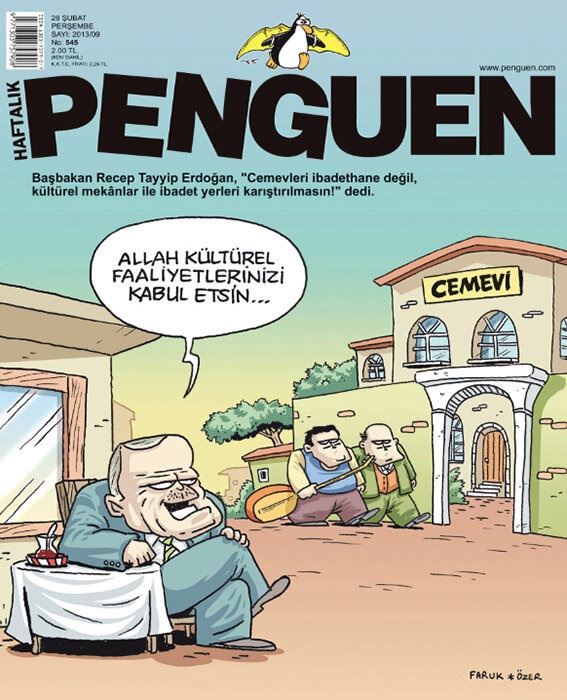 A culture war embodied in the length of a hemline

by Acturca
International Herald Tribune (USA) Tuesday, February 26, 2013, p. 17 By Tim Arango, Istanbul When flight attendants first rode aboard Turkish Airlines in the late 1940s they wore cotton blouses under blue suits tailored to accentuate « the contours of the body, » as a fashion history of the airline puts it. In the ?60s and ?70s

from Hurriyet Daily News
Culture and Tourism Minister Ömer Çelik has announced 42,625 book titles were published in Turkey in 2012..

Turkish Women Speak Up: My Body, My Decision

from Global Voices Online by Baran Mavzer
Two weeks ago, Turkish courts [tr] released Fatih Nerede, who has a criminal history of rape and robbery, after he raped a woman in Diyarbakir, a city in the southeast region of Turkey, in front of her three year-old child. The reason behind the decision to release him by the court pending trial is, that as the institution of forensic medicine told to the court ?It is not possible to decide if the rape victim was psychologically damaged by the rape or not, before 18 months after the incident.? This incident might be shocking but unfortunately it is not the only one.

from NYT > Turkey by By SUSANNE GÜSTEN;

A massive dam project barrels along in Turkey despite the displacement of local people, worries about ancient artifacts and environmental concerns.

from Mavi Boncuk by M.A.M
Forbes Wealth team gears up to bring you the Billionaires issue this March
See Mavi Boncuk foe a previous ranking .

from Hurriyet Daily News
Hello and welcome to our new country, the Brave New Turkey.

Evacuated Sulukule to be restored as ?heritage’

from Hurriyet Daily News
A limited amount of houses in the historic Sulukule neighborhood, which saw an urban renewal, will be restored by the state-run contractor

Hundreds Stand Up Against Hotel Project in Haydarpaşa

from Bianet :: English
Hundreds of protestors in Istanbul and across Europe rallied on Wednesday night to protest the municipality project to transform Istanbul’s century-old train station into a hotel.