from Wired Top Stories by Spencer Ackerman
There were only 9 incidents of terrorism in the U.S. by American Muslims in 2012, involving 14 people, down for the third straight year, according to new research.

from Global Voices Online by Anna Williams
A week into his second term, President

Barack Obama promised an overhaul of the immigration system. On 29 January from Las Vegas, Obama announced his support for a bipartisan agreement (Republican and Democrat) that will start the citizenship proceedings for the nearly 11 million undocumented immigrants currently in the US, a process that has posed a more than welcomed reception across party lines also includes dispositions that might be potentially costly for immigrants.

from Wired Top Stories by Spencer Ackerman
Once, a nation could only attack another if it had evidence an enemy was readying an “imminent” attack. To justify drone strikes on American citizens, President Obama redefined imminence out of existence

As far as the president is concerned, the foundation of American strength in the world is the power of its domestic economy, writes Gideon Rachman

Al Gore: U.S. Democracy Has Been Hacked, Internet Can Help Save It

The Many Faces of Barack Obama

from Global Voices Online by Elizabeth
The inauguration of the American president Barack Obama last January 21st, was filled with a passionate speech that foreshadows what could be the next years of his administration. Besides advocating on issues like legal gay marriage and reverting the effects of climate change, he also emphasized the need for an immigration reform and an unconditional support to young immigrants, topics that are close to the hearts of the Latino community. Also, two Latino figures, Sonia Sotomayor and Richard Blanco, played an important role during the ceremony.

The following piece is also appearing in the Bengali daily published by the Times of India in Kolkata, India

U.S. President Barack Obama had practically nothing to say about foreign policy in his second inaugural address, but the figures he has chosen for his new national security team tell us almost all we need to know.  There will be no internal squabbling over foreign affairs, there will be an emphasis on diplomacy and there will be continuity.

from Hurriyet Daily News
President Barack Obama said Tuesday he had fulfilled a campaign promise to make the US tax system.

from FP Passport by Blake Hounshell
The more I think about it, the more I think John Kerry was a great choice for Obama’s second-term secretary of state. Granted, he wasn’t the president’s first choice. But Obama may have stumbled into a pretty good decision.
The main reason is that Obama’s second term is going to involve a number of lines of sensitive, patient diplomacy that could be politically unpopular at home, or at least easy to attack. Let’s take them one by one.

Every Senator and 90% of House Members Now Use Twitter 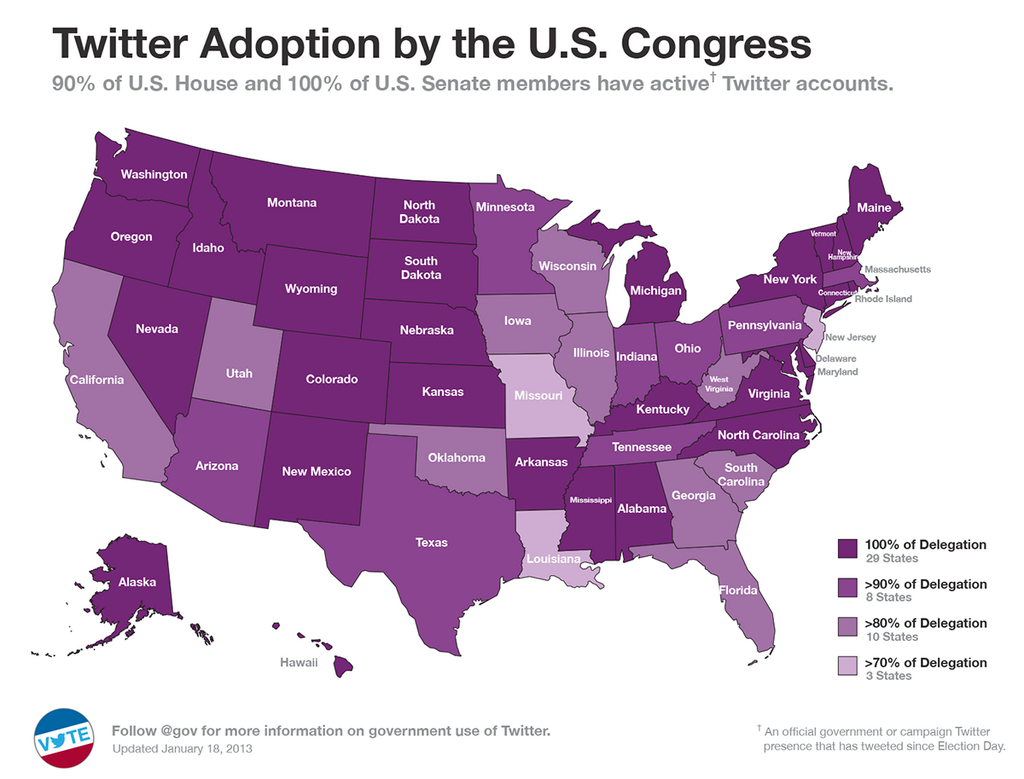 Women in the US military ? uncomfortable power

Last week saw the lifting of the ban on women in combat in the US military.  How will this change the dynamics within and perceptions of the American military, and will it help reduce the current epidemic levels of sexual harassment and sexual assault within the armed forces?