Erdoğan ?stands against all kinds of nationalism?

from Hurriyet Daily News
One of two suspects that were detained last week in connection.

from Journalist in Turkey, background articles, news and weblog about by Fréderike Geerdink
DIYARBAKIR ? In the Turkish city of Diyarbakir tens of thousands of people said goodbye to PKKfounder Sakine Cansiz and two other Kurdish female activists, who were murdered in Paris last week. Her family members who live in Rotterdam were also present. The ceremony was emotional and passed without any incidents. On Wednesday night the

from NYT > Turkey by By DAN BILEFSKY; Sebnem Arsu contributed reporting from Istanbul.
The brother of one of three Kurdish women found shot to death in Paris said he considered it a professional assassination aimed at derailing peace talks. 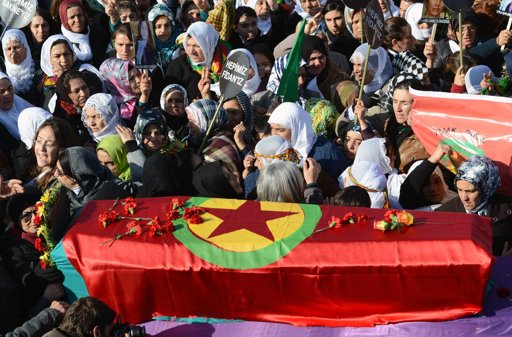 People walk with the coffins, covered with PKK flags, of three Kurdish activists as tens of thousands of people gather for their funeral in Diyarbakir, sourtheastern Turkey, Thursday, Jan. 17, 2013.

Kurdish quest tests Erdogan?s claim to be a regional leader

by Acturca
Financial Times (UK) Tuesday, January 15, 2013, p. 4 By David Gardner in Beirut It is almost a geopolitical cliché that, when a long and intractable conflict looks as though it might be soluble, maximalist headbangers or vested interests gorged on the dislocation of war emerge to exercise a violent veto. This has been a

Renewed Negotiations between Turkey and the PKK: Hopes for a Breakthrough?

by Acturca
INSS Insight (Institute for National Securities Studies) No. 396, Jan 15, 2013 Gallia Lindenstrauss * The reports of a resumption of negotiations between Turkey and Kurdistan Workers Party (PKK) leader Abdullah Öcalan represent one of the positive developments of early 2013. Turkish Prime Minister Recep Tayyip Erdoğan is highly popular among his public, and one

Turkey and the Kurds: The Blood-Stained Path to Peace

by Acturca
German Marshall Fund of the United States, January 15, 2013, 3 p. Amberin Zaman * Last week?s murder of three female activists from the outlawed Kurdistan Workers? Party (PKK) in the heart of Paris has added a dramatic new twist to Turkey?s efforts to end the 28-year-long Kurdish conflict. As French police continue their investigation 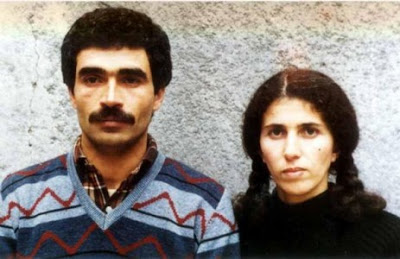 Follow-up for the Paris Murders

A huge funeral ceremony for three female members of the PKK who were shot dead in Paris last week has been held in Diyarbakir without incident.

The PKK?s European front organization: a weak link in the chain

from Hurriyet Daily News
Negotiations between the Undersecretary of the National Intelligence Organization on.

from Hurriyet Daily News
Turkey is seeking information from France on the killing of three Kurdish women in Paris.

OP-ED CONTRIBUTOR; How Turkey Can Make Peace With the Kurds

from NYT > Turkey by By ALIZA MARCUS;
If Turkey genuinely wants peace, it needs to negotiate with the democratically elected Kurds in its own parliament.

from Hurriyet Daily News
No television set has ever provided such fodder for debate among politicians as the one given.

Three murders and a funeral

from Hurriyet Daily News
On the night of Jan. 9, three women were murdered in Paris, in a seemingly professional assault against.

Kurdish problem at the crossroads

from Hurriyet Daily News
On Jan. 14, 1994, a young Daily News journalist, Ruhi Can Tul, was killed when a bomb went off on…

from Hurriyet Daily News
In Diyarbakır, thousands peacefully participated in the funeral of three Kurdish activists killed in Paris.

from Yahoo news
ISTANBUL (Reuters) – The American left-wing philosopher and activist Noam Chomsky urged Turkey on Friday to end its “malignant” war with Kurdish rebels, saying recent peace efforts offered a real chance of a settlement. Chomsky, whose writings have in the past caused trouble for his Turkish publisher, said the growing independence of the Kurdistan Regional Government in Iraq and the possibility 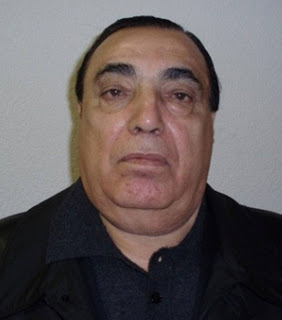 Paris murders of three women PKK operatives had connections to fundraising and drug trafficking which inevitably involved gun running. Strangely a kingpin of the Moscow connection, Aslan Ûsoyan[1] was shot in the head by a sniper[*], and despite efforts of his bodyguards and ambulance workers he died en route to the hospital on 16 January 2013. Analysts of the murky Russian underworld said a number of different groupings could be behind the attack.

Thousands gather for funerals of Kurdish activists killed in Paris

from World news: Turkey | guardian.co.uk
Kurdish legislators vow to continue supporting peace efforts to end conflict between Turkey and Kurdish rebels
Tens of thousands gathered in Turkey on Thursday for the funeral ceremony of three Kurdish activists shot dead in Paris in an attack many believe was an attempt to derail peace talks. Kurdish legislators, meanwhile, vowed to continue supporting peace efforts to end the decades-long conflict between Turkey and autonomy-seeking Kurdish rebels.

from open Democracy News Analysis – by Firat Cengiz
Constitutions are highly entrenched laws that express the common identity of the nation. They require substantial public involvement. Yet in Turkey, the details of the reform process have not been fully disclosed, and it is being rushed through.