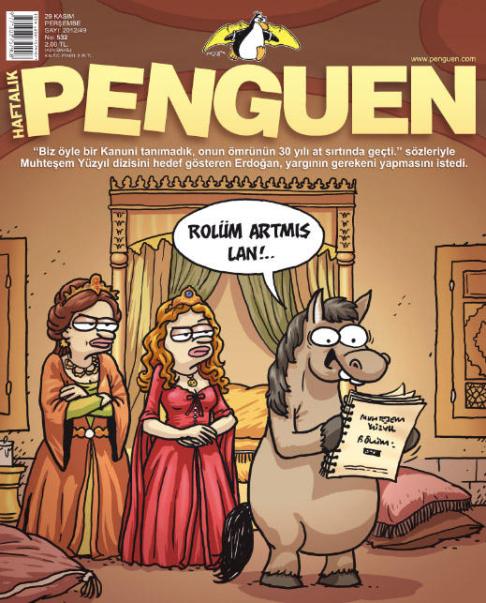 Dreaming of a horse with a bigger role: Television and Erdogan?s quest for soft power in the Middle East

from On Turkish Media and Cultural Politics by ecealgan
Disappointed with a popular Turkish TV series (Muhtesem Yuzyil) on the life of Suleiman the Magnificent, Prime Minister Erdogan criticized its depiction of the successful, expansionist Ottoman Sultan Suleiman as a leader who never leaves the palace or his harem (Sultan?s family, concubines and children) instead, and threatened to file a formal complaint against the series? producers, director and the owners of the TV channel which airs the series. It wasn?t the first time he condemned art, artists, musicians, writers, store names, etc., as widely discussed in the media. However, his criticism of the series had nothing to do with it violating Islamic or traditional/family values, such as when he suggested that ballet was ?below the belly,? which he meant that it was pornographic. The irate speech he gave in which he attacks the series is quite significant for it not only reminds us about his well-known aspirations of gaining more power and legitimacy via his policies and interventions in the Middle East, but also shows that he wants to see an effective soft power machine that will make it easy for him to realize his dreams of imperial power ?just like an American President who can always trust Hollywood to justify his actions.

from Hurriyet Daily News
The Ministry of Culture and Tourism has responded to.

from World news: Turkey | guardian.co.uk
Move is criticised by secularists who see it as evidence that government of Tayyip Erdogan is pushing an Islamic agenda
Turkey has lifted a ban on female students wearing headscarves in schools providing religious education, in a move drawing criticism from secularists who see it as fresh evidence of the government pushing an Islamic agenda.

From Innocence to Sense? 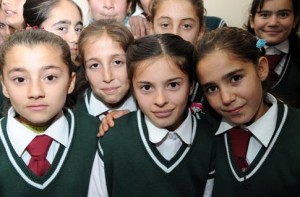 Image from leggett-turkey.com
The end of an era! Turkey is getting rid of the school uniforms that have accompanied all Turkish grade schoolers since early in the Republic. Images of children in lace-collared blue uniforms intimate innocence, although I can easily imagine the children chafing against the styles as they grow older. I too wore uniforms in a private Catholic grade school (plaid skirts and loafers) and high school (herringbone tweed skirt to mid-knee, white blouse, knee socks, blue penny loafers. Oh and that AWFUL yellow gym tunic with the bloomers). To this day, I can?t wear anything in herringbone.