Europe is turning away from Turkey ? and the rest of the world | Orhan Pamuk

from World news: Turkey | guardian.co.uk by Orhan Pamuk
Whatever happened to liberté, égalité, fraternité? Fear of Muslims is putting Europe’s secular tradition at risk
I have spent my entire life at the borders of continental Europe. From the window of my home or office, I’ve looked out over the Bosphorus to see Asia on the other side; and so, in thinking about Europe and modernity, I have always felt, like the rest of the world, just a little bit provincial. 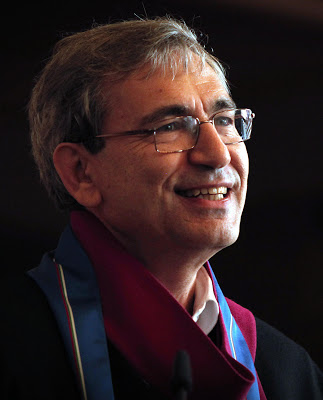 The Turkish author Orhan Pamuk is awarded the 2012 Sonning Prize[1]. The Sonning Prize is Denmark?s largest cultural award (DKK 1 million) and is given every other year by the University of Copenhagen for commendable work that benefits European culture.

Erdogan, the new Ataturk, stands at the crossroads

by Acturca
The Guardian (UK) Thursday, October 25, 2012, p. 24-25 Simon Tisdall, Istanbul In the first of a series on Turkey, Simon Tisdall looks at whether the civil war in Syria, an economic dip and the ever-present Kurdish crisis could prove the PM?s undoing. Recep Tayyip Erdogan was in bullish mood. Hailed by supporters as the

from Hurriyet Daily News
A retired Greek army officer and former chief of the Hellenic. 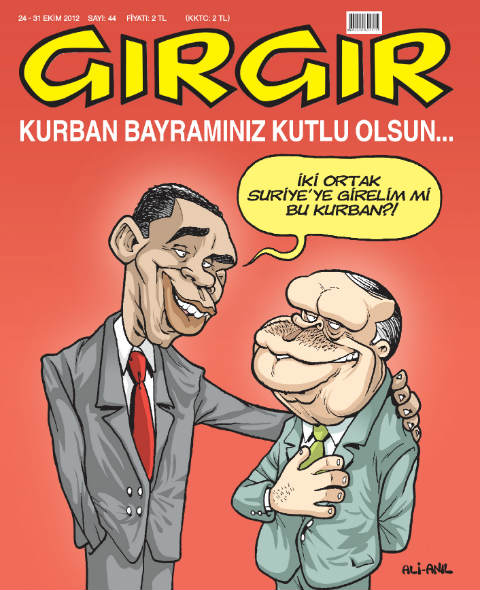 from Yahoo news
BEIRUT/AMMAN (Reuters) – Turkey has banned all Syrian aircraft from its air space as it takes an increasingly firm stance against President Bashar al-Assad, while Syrian rebels said on Sunday they had made more gains in a key province near the Turkish border. Human Rights Watch said Syrian government forces had dropped Russian-made cluster bombs over civilian areas in the past week as they ..

from Yahoo news
ANKARA (Reuters) – Turkey ordered an Armenian plane flying to the Syrian city of Aleppo to land and searched its cargo on Monday, in the latest move to prevent its airspace being used to supply the Syrian military. The plane was allowed to continue on its way after the search in the eastern Turkish city of Erzurum confirmed it was carrying humanitarian aid as stated by Armenian officials, a .

by Acturca
The Wall Street Journal Europe (USA) Monday, October 15, 2012, p. 17 By Fouad Ajami * As Turkish forces along the Syrian border exchange fire with the army of Bashar Assad, and Syrian refugees pour into Turkey, Prime Minister Recep Tayyip Erdogan, a proud Islamist, might better appreciate the wisdom of Mustafa Kemal Atatürk. The

A role that Turkey doesn?t want

by Acturca
Los Angeles Times (USA) Monday, October 15, 2012, p. A3 By Patrick J. Mcdonnell, Hacipasa (Turkey) Sitting on Syria?s northern border, the eastern bulwark of NATO tries not to get sucked into conflict. The turrets of Turkish armored vehicles rise from the cotton fields outside this border village, guns trained toward Syria. Infantry units flank

Turks’ Anger at EU Torture Report Is New Reaction to Old Problem – Al-Monitor: the Pulse of the Middle East

Turkey?s Challenge and the Syrian Negotiation

Turkey’s public is becoming increasingly concerned about the possibility of war with Syria, says Steven Heydemann, an expert for the United States Institute for Peace who has just returned from Turkey. Heydemann said Turks are also worried “about the economic and social consequences of a conflict that has already forced more than 100,000 Syrian refugees into southern Turkey.” He says that the recent tensions with Russia and Iran have effectively ended Turkey’s efforts to have harmony in its relations with its neighbors.

by Acturca
Council on Foreign Relations (USA) October 17, 2012 Steven Heydemann interviewed by Bernard Gwertzman * Turkey?s public is becoming increasingly concerned about the possibility of war with Syria, says Steven Heydemann, an expert for the United States Institute for Peace who has just returned from Turkey. Heydemann said Turks are also worried ?about the economic

from Kamil Pasha by Jenny White
This is a guest editorial written for kamilpasha by Howard Eissenstat, an assistant professor of  Ottoman and Republican history at St. Lawrence University. He writes frequently on Turkish foreign policy, political Islam in Turkey, democratization, and human rights issues. Here are some of his articles accessible online. (I highly recommend the article on metaphors of race in the early Republic.) His research focuses on the transformation of identities at the end of the Ottoman Empire and the nature of early Turkish nationalism. He has also done work on popular violence in the early Turkish Republic and the role of Muslim émigrés from the Russian Empire in the development of Turkish nationalism.

by Acturca
Gulf News (UAE) October 20, 2012, p. D5 In Focus: In Search of the Right Game Plan Soner Cagaptay * Staging a limited invasion to contain the crisis, like it did in the 1970s, may notwork as the cost of intervention in Syria will be high now. Turkey was the first country to take directmilitary