from Boing Boing by Xeni Jardin
Josh Stearns has been tracking “press suppression and journalist arrests,” which became a regular occurrence since the start of Occupy Wall Street on September 17, 2011. “As press, protesters and police converge in New York City for the one year anniversary, we’ll be tracking press suppression here.” Sadly, the list has been updated today on the one-year #OWS anniversary with quite a few familiar names: bloggers, artists, journalists.(Storify)

On Occupy’s first anniversary, over 180 arrested in NYC

from Boing Boing by Xeni Jardin
The AP reports that protesters circulated around lower Manhattan this morning, one year after the “Occupy” movement kicked off. “There were a few hundred protesters scattered throughout the city. More than 180 of them were arrested by early Monday evening, mostly on disorderly conduct charges.”

Occupy Wall Street Is Back ? and So Are the Citizen Journalists

from Mashable! by Kenneth Rosen

How do Americans View the World?

Ahead of the U.S. presidential election, a new interactive feature from the Carnegie Endowment for International Peace and Pew Research Center illustrates trends in American attitudes on foreign affairs.

Drawing on survey data from the last two decades, the guide charts the evolution of American public opinion on the biggest international threats and most pressing foreign policy priorities. Users can see how they fit into the mix by filtering the information by demographic group.

from Information New Wave by Loida Garcia-Febo
The September 11 Digital Archive uses electronic media to collect, preserve, and present the history of September 11, 2001 and its aftermath. The Archive contains more than 150,000 digital items, a tally that includes more than 40,000 emails and other electronic communications, more than 40,000 first-hand stories, and more than 15,000 digital images. In September 2003, the Library of Congress accepted the Archive into its collections, an event that both ensured the Archive?s long-term preservation and marked the library?s first major digital acquisition. 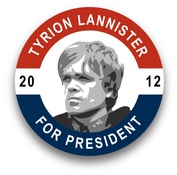 Mitt Romney does not understand how one creates a “dirty bomb”

from Boing Boing by Cory Doctorow
Marilyn sez, “The Democrats criticized Bush for suspension of civil liberties and guaranteed them in their 2008 platform. In their 2012 platform, those guarantees have all been erased.” Trevor Timm from the Electronic Frontier Foundation has the whole sad story in Al Jazeera:

How Obama and Romney Camps Reacted to Hidden Camera Videos

US election duel shifts to foreign drive after attacks

Tech grows up: $27 million and counting donated to the Obama presidential campaign

from FT.com – World, Europe
In two surveys most Europeans say they would vote for Barack Obama in US presidential election and would feel less good about the US if Romney won

US Presidential Elections: Slipping in the polls, Romney looks to shift direction of race – Kasie Hunt and Ken Thomas

by EU-Digest
With momentum on President Barack Obama?s side, Mitt Romney sought Monday to explain to voters more clearly what he would do as president as he looked to right his struggling campaign and ease worries in Republican circles about its state seven weeks before Election Day.

The presidential race in the US

from Today’s Zaman, your gateway to Turkish daily news :: Columnists by BERİL DEDEOĞLU
Presidential elections in the US have been important not only for those who live there but for the entire world since the early years of the Cold War.

Embassy attacks spill over into US election

from AL JAZEERA ENGLISH (IN DEPTH)
Republican candidate Mitt Romney’s criticism of the Obama administration’s response has been poorly received by many.