news in Turkish here and here.

Istanbul: A shock to the system

Istanbul, Turkey has been a shock to my system. It all started when our plane arrived 45 minutes early (but curiously took off 10 minutes late) into Istanbul’s Ataturk Airport. Delirious and exhausted, we exited the plane at 4:30a.m. to find about 20

In Istanbul, an Exhibition on Islam in China Accentuates the Positive

Chinese government seeks to soothe Turks’ concerns about the ill treatment of China’s 23 million Muslims, including Turkic Uygurs. Unlike Tibetans, China’s Uygurs have no Dalai Lama to galvanize international support. Muslims in China make up less than

The first Istanbul Design Biennial will open Oct. 12, taking the Galata Greek Primary School and Istanbul Modern as its main venues and the theme of ?Imperfection? as its focus. It will feature work by hundreds of designers from Turkey and around the

İstanbul: A city that never sleeps or sees the stars

Ecology is usually the last thing on the minds of city officials of the proud city of İstanbul, a jungle of nightmarish concrete blocks that house nearly 20 million .

The first Istanbul Design Biennial will be held Oct 13 to Dec 12. The biennial exhibitions will explore creative products and projects from all disciplines of the creative industries

from Hurriyet Daily News
Five consortia, including major Turkish holdings, have applied for the privatization tender for the Bosphorus bridges 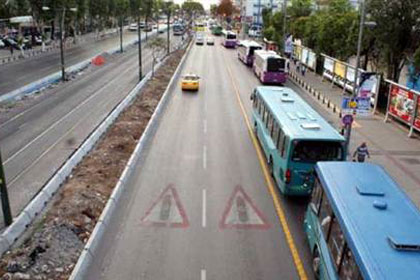 from FT.com – World, Europe
With a mosque, bridge and airport, the Turkish prime minister is reshaping Istanbul in ways that could bind his name to the city for generations

?Fresh? Plans to Gentrify Historical Roma District Back on the Table

from Bianet :: English
The Fatih Municipal Council approved a new preliminary project to ?transform? the historical Roma district of Sulukule in Istanbul despite a court ruling to annul the previous plan two and a half months ago. Architect Aslı Kıyak, Lawyer Hilal Küey and opposition deputy Gülay Yedekçi said the project could not have been rectified in the meantime.

from Hurriyet Daily News
The city will host a large halal food fair and an Islamic fashion fair, along with a number of similar events.

Istanbul for three weeks….ideas for adventures in Turkey | Europe …

My friend and I have an apartment in Istanbul for three weeks in October. We plan to use it is a base and take bus/boat/plane adventures. I would love some specific suggestions about where others have travelled and where they stayed.