The Istanbul Metropolitan Municipality is working on ways to alleviate the congestion on the city’s vital metrobus route..

by Turkish Digest
Istanbul?s cultural sites most visited in Turkey

ISTANBUL – Anatolia News Agency
In the first six months of the year, Istanbul?s Topkapı Palace and Hagia Sophia Museum received the most visitors as compared to all other museums and historical sites

How to handle caps in Istanbul?

from Journalist in Turkey, background articles, news and weblog about by Fréderike Geerdink

I had visitors this week: my Dutch friend Janet and her 11 year old daughter Eefke. When we walked down the road from my house to down-town Üsküdar for the first time, we saw a big plastic bottle hanging on a fence. I had some blue bottle caps in my bag, and I put them

The 2012 Summer Olympics are over. The athletes have gone home and worldwide sports analysts are trying to make sense of the successes and failures of their national Olympic teams. Which methods worked in creating Olympic champions? But also: What did we do wrong that could explain the discouraging results in London? My guess is that Turkish officials will spend more time on the last question. Although at the last moment Asli Cakir Alptekin and Gamze Bulut saved Turkeys’ face with their impressive domination of the 1,500 meters and Servet Tazegül and Nur Tatar did the same on the taekwondo canvas, overall Turkey’s performance in London was disappointing. The country ended up on the list of populous and important states like Brazil, Argentina and Mexico that were outperformed by considerably smaller countries such as Hungary, the Netherlands and New Zealand.

Hi! Looking at planning a first time trip to Turkey in October and trying to figure out the best way to doIstanbul and Ephesus. I thought about a day trip to Ephesus flying in super early and leaving in the evening, but there looks like there’s much

10 Wonders of Travelling to Istanbul – Newsweek and The Daily Beast

Enjoy cocktails by one of history’s most important waterways, sleep in Trotsky’s hotel, and take in the magnificent sunsets of Turkey’s ancient metropolis

The queen of the city’s seasonal venues, Reina is the first and last word in Istanbul nightlife in the warmer months. An open-air complex on the banks of the Bosphorus, Reina has a chandelier above a dance floor that is hopping with Istanbul’s

Istanbul’s Topkapı Palace and Hagia Sophia Museum and Ephesus in İzmir were the three places visited tourist sites in the first half of 2012, the Culture and Tourism Ministry has said, noting that it made over a billion Turkish Liras off of entrance

In the evolutionary process of the Istanbul fish restaurant, there was a moment in the late 1990s when the amphibious, shore-hugging boat restaurants crawled out of the Bosphorus and became land dwellers. Overnight, yellow Wellington boots became black

Prime Minister Recep Tayyip Erdoğan is expected to be the first one to drive the new metro train between the Kadıköy and Kartal districts on Istanbul’s Asian side during the metro line’s opening ceremony, an Istanbul Metropolitan Municipality official

Some fear it could mark start of pervasive trend where secular and religious people are actually split into separate living areas.

from Mavi Boncuk by M.A.M
Stamboul Train (1932) is a novel by author

Graham Greene. Set on an 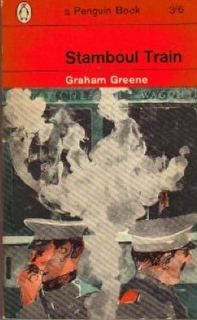 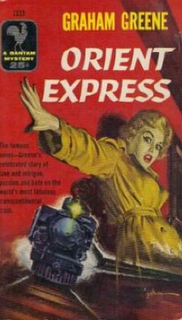 A sad cynicism lies at the root of Greene’s dark humor in this very early (1932) novel, Greene’s fourth novel and the first entertainment to be written and published for a wide audience. Carleton Myatt a pragmatic Jewish businessman, a lesbian journalist, her rebellious young companion, Coral Musker naive chorus girl in need of a job, a Socialist physician wanted in Serbia for treason, and an Austrian thief meet and interact aboard the Orient Express on a trip from London to Istanbul (Stamboul)