from Hurriyet Daily News
US Secretary of State Hillary Clinton arrived Saturday in Istanbul for talks on the conflict in Syria with Turkish leaders after Washington slapped fresh sanctions on Bashar al-Assad’s regime and its allies.

from World news: Turkey | guardian.co.uk by Conal Urquhart
Hillary Clinton says US and Turkish intelligence to examine possibility of flying ban as Syrian and Jordanian troops clash
The United States and Turkey are considering imposing no-fly zones and other steps on Syria to help rebel forces, Hillary Clinton has announced. 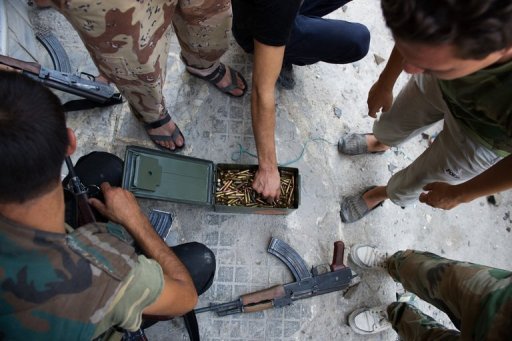 Rebels reload their guns in the Salaheddin district of the restive northern city of Aleppo on August 10. US Secretary of State Hillary Clinton arrived Saturday in Istanbul for talks on the conflict in Syria with Turkish leaders after Washington slapped fresh sanctions on Bashar al-Assad’s regime and its allies. (AFP Photo/Phil Moore)

U.S.-Turkish military cooperation not without problems 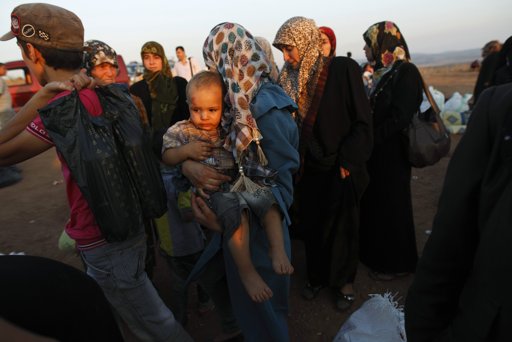 Fleeing civilians wait to cross into Turkey at an unofficial border crossing in the northern Syrian province of Idlib August 6, 2012. Hundreds of Syrian refugees arrived at the unofficial border crossing with Turkey, fleeing an escalating military campaign by Syrian troops to recapture rebel strongholds in the northern city of Aleppo. REUTERS/Zohra Bensemra

The entire tranche was later published online by Wikileaks. “It’s not surprising that Syria has attempted to develop a cyber warfare capability. It’s in line with … With Assad’s opponents desperate to attract defectors – such as Prime Minister Riyad

from World news: Turkey | guardian.co.uk by Ian Black
Tehran admits members of group were ‘retired’ Revolutionary Guards and says the US is responsible for their fate
Iran is stepping up efforts to secure the release of 48 pilgrims held in Damascus and accused of being Revolutionary Guards helping Bashar al-Assad’s regime to crush the uprising.

from Hurriyet Daily News
As the turmoil in Syria continues, concerns about Ankara?s foreign policy orientation are growing..

from World news: Turkey | guardian.co.uk
Like those currently in place, new sanctions are expected to target Assad’s cabinet members and Iranians who support them
The Obama administration is preparing new sanctions on Syrian president Bashar al-Assad’s regime and its allies.

More than 1,300 Syrians flee to Turkey

The True Threat to Integration in Germany

from NYT > Turkey by By JUDY DEMPSEY

A series of killings of small-business people of Turkish origin has led to a deep crisis of trust between the Turkish community and the police.

For many pundits, academics and politicians Turkey?s power stems from its very unique characteristic…

Davutoğlu reaches out to Rohingya Muslims

Turkish Foreign Minister Ahmet Davutoğlu has arrived in Myanmar for a series of formal talks and to oversee the distribution of Turkish humanitarian aid to the displaced Rohingya Muslims.