Massive Courses, Massive Data
Harvard and MIT hope their free online courses will not only give learners access to top courses, but also give education researchers access to unprecedented pools of learning data.

from open Democracy News Analysis – by Fawaz A Gerges
Islamist parties are proving to be the main beneficiaries of the Arab world’s political transformation. But their very success in the political arena highlights the huge challenges they face in developing and implementing a coherent economic programme, says Fawaz A Gerges.

by Cory Doctorow
American universities — whose grads often owe six-figure debts that can’t be discharged in bankruptcy, and that can even be charged against their Social Security checks — are increasingly engaging in the (legal) tactic of refusing to provide transcripts to grad schools or employers as a means of extorting payment out of students who get behind. A good summary of what this means comes from NYU’s Andrew Ross, a prof who helped startOccupy Student Debt: “It’s worse than indentured servitude. With indentured servitude, you had to pay in order to work, but then at least you got to work. When universities withhold these transcripts, students who have been indentured by loans are being denied even the ability to work or to finish their education so they can repay their indenture.” Dave Lindorff writes in the LA Times:

from open Democracy News Analysis – by Giorgio Griziotti
There is still a solid social cushion in France if we compare it to other European countries. But the pressure for work-hour productivity ? one of the highest in the world ? oppresses generations of digital cognitive workers. 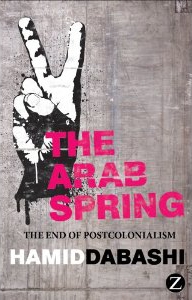 The Arab Spring: The End of Postcolonialism – an interview with the author, Hamid Dabashi

from open Democracy News Analysis – by Hamid Dabashi
In his new book, Hamid Dabashi argues that the revolutionary uprisings across the Middle East have finally put an end to postcolonialism, and that we must now re-imagine the geopolitics of the region. He spoke to JP O?Malley about why the west is no longer a powerful construct; the role women will play in the Arab Spring; and why Islam is not the driving force behind this present revolution

Pew Survey Shows How E-Books Are Changing the Equation for Publishers, Readers

More Americans are reading e-books than ever, according to a new study by the Pew Research Center’s Internet & American Life Project.

The most impressive stat from the study is that 21 percent of adults had read an e-book in the past year, but adults are still more likely to read a printed book. Seventy-two percent of adults (age 16 or older) turn the pages the old-fashioned way.

from open Democracy News Analysis – by Lasse Thomassen
Taking the Occupy movement in Spain as a case in point, location, organisation and timing seem to be crucial when it comes to putting across a lasting message.

Peer-to-peer and Marxism: The Berlin Debate by Jean Lievens

from Social Network Unionism by OrsanSenalp
On May 3, Jonathan, Leona, Alex and I had a discussion with Michel Bauwens on peer-to-peer and Marxism.  The discussion took place in the lobby of the Palace Hotel in Berlin. Here?s a slightly edited transcript of the discussion. The recording was reasonably good, but our voices were sometimes unintelligible because there were other guests talking in the lobby and there was also a piano playing (from the theme song from Titanic to What a Wonderful World, all very appropriate).

from Docuticker
Source: A. T. Kearney From the publication web page : Macro forces continue to have an impact on the global influence of cities. Political power is rotating back from West to East, and with economic drivers having shifted from agrarian to industrial to information-based, more people live in cities than in

Misogyny and the Muslim woman

from The Immanent Frame by Taline Cox
At The Atlantic, Max Fisher considers the sources of misogyny in the Middle East in light of recent conversations surrounding Mona Eltahawy?s Foreign Policypiece on its prevalence across the region.

Sigmund Freud Speaks: The Only Known Recording of His Voice, 1938

The year of occupation

from Social Network Unionism by OrsanSenalp
What happened to the global anger? The year of occupation
by Raphaël Kempf
It began when angry Spaniards took over a square in Madrid and experimented with the democracy that had been taken away from them. In New York, it was a park; in London, the churchyard of St Paul?s Cathedral
It?s now a year since thousands of angry Spaniards filled the square at Puerta del Sol in Madrid on 15 May. Carlos Paredes helped organise that initial demonstration, as spokesman for the¡Democracia real YA! (Real Democracy Now) movement, started a few months earlier around proposals including the removal of politicians? privileges and implementing the ?right to housing? law and electoral reforms.