from euro|topics
The International Monetary Fund (IMF) warned of a new credit crunch in Europe on Wednesday, and wants to raise its reserve fund by 400 billion dollars. But Europe can help itself, commentators write, above all if Germany gives up its opposition to debt mutualisation.

Eurocrat in charge of digital agenda: disconnecting people from the Internet is not a just punishment

from Ideas on Europe by PoliticsatSurrey
Dr Simon Usherwood
One of the more notable aspects of the French Presidential elections ? which have their first round of voting this weekend ? has been the extent to which all the candidates have been willing to bash the EU and European integration more generally.  As the very helpful manifesto comparison tool from Le Monde shows all too clearly, euroscepticism has been rife.

Why is Nicolas Sarkozy so disliked?

Is the left the real story in the French election?

from A Fistful Of Euros » A Fistful Of Euros by Alex Harrowell
It?s French election day. The final poll (all survey fieldwork must stop by law several days before the polls open) is here, putting Hollande and Sarkozy level around 27% (+/-1), Marine Le Pen on 16%, Jean-Luc Mélénchon on 14%, and the rest tailing in well behind. Every poll for the last 12 months has Hollande winning by a landslide in the second round.

from A Fistful Of Euros » A Fistful Of Euros by Alex Harrowell
Mélénchon. What?s that about? My answer is, basically, ?performing Frenchness?, but we?ll come to that. Le Monde has a really good article on the degree to which the Front de Gauche and the Socialists are in violent agreement. Some of Mélénchon?s key social policy proposals, after all, appeared in Ségoléne Royal?s manifesto back in 2007, and they called her a weak-sauce Blairite. The PS is keen to play up the convergence, partly in order to compete for votes with the FDG and partly to signal that co-operation in government is a possibility. (In 1981 and again in 1997, the PS operated in coalition with the Communists, so there is a historical precedent for the extreme Left to be in government.)

from A Fistful Of Euros » A Fistful Of Euros by Alex Harrowell
A longstanding attack line on Hollande was that he was a sort of vague fat guy. This was silly, in part ? his biggest job in politics was running the PS organising machine, and that?s not the sort of thing you do if you?re flaky on details or unwilling to put in the hours. This NYT profile isn?t much cop but does contain something interesting.

from euro|topics
The first round of France’s presidential elections will take place this Sunday. According to the polls, the Socialist challenger François Hollande has a narrow lead over President Nicolas Sarkozy. The campaign utterly failed to address the challenges posed by the debt crisis, commentators write, calling for a new style of governance

The slow creep of complacency and the soul of English justice, Tim Otty

from open Democracy News Analysis – by Tim Otty
The government?s Justice and Security Green Paper and its plans to allow English courts to hold secret hearings is a threat to the basic principle of justice: the right to a fair and open trial. Tim Otty QC sets out his observations on the proposals, showing their potential to cause profound damage to the values Parliament is bound to protect.

from open Democracy News Analysis – by Markus Ojala
The scope and seriousness of communication about Europe, and concurrent growing demands for European democracy from civil society might even legitimize an argument about an emerging European public sphere like never before. Yet the euro crisis debate also reveals the weaknesses of Europe as a political entity.

from open Democracy News Analysis – by Cas Mudde
The immediate reactions to the terrorist attack in Oslo in July 2011 were both politicised and inaccurate. The opening of the perpetrator’s trial nine months later finds leading ideological positions still full of evasion, says Cas Mudde. 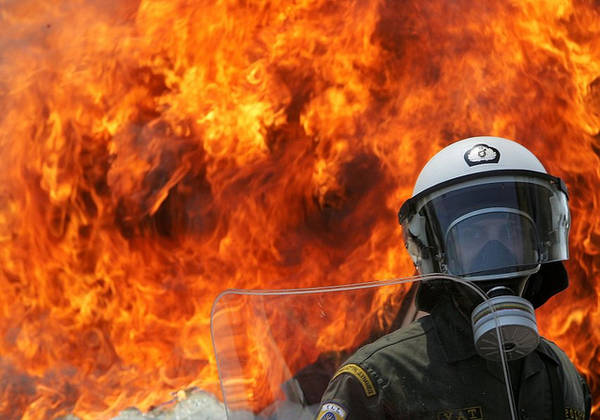 Laurence Lewis’s Daily Kos editorial, “The cruel stupidity that is economic austerity,” is a blazing indictment of austerity as a means of recovering from recession, and it cites experts and statistics showing that austerity programs (in Europe, particularly) are deepening the recession, destroying lives, and demolishing vital social institutions that are especially needed in economic downturns. Lewis’s citations are not to the usual suspects in the fight against austerity, but rather to rock-ribbed conservatives and publications like The Economist, the chief economist of Standard Chartered, the IMF, the World Bank and the WTO. And there’s Joseph Stiglitz, who compares austerity to medieval blood-letting: “when you took the blood out, the patient got sicker. The response then was more blood-letting until the patient very nearly died. What is happening in Europe is a mutual suicide pact.”

New EU Tsar must be a human rights star

A brand new EU position of ‘Human Rights Tsar’ has been approved by the European Parliament which voted today (Wednesday 18 April) to back a major report to change the future direction of the EU’s human rights policy. Socialist and Democrat Group MEP Richard Howitt, the report’s author, argued for the appointment of an EU Special Representative on Human Rights to lead the Parliament’s negotiations on Baroness Ashton’s current wholesale human rights policy review. Following the vote, he explained:

from The European Citizen by Eurocentric
The EU has remained united against Switzerland’s move to introduce a quota on immigration from the Member States from the 2004 enlargement. Introducing the quota is contrary to the EU’s agreement with Switzerland on the free movement of people, Catherine Ashton said (PDF). Switzerland is still allowed exemptions for Romania and Bulgaria under the treaty (Member States can – and have – introduced temporary restrictions for Romania and Bulgaria when they joined in 2007, but these are supposed to expire after a few years).

from open Democracy News Analysis – by Parveen Akhtar
A by-election earthquake in the post-industrial northern English city of Bradford saw a high-profile politician with a strong appeal among disaffected urban Muslims win an overwhelming victory. This “Bradford spring” reflects the changing attitudes and concerns of Muslim voters in a democracy that many feel does not properly represent them, says Parveen Akhtar.

EUhackathon 2012: Bridging the gap between government and technology

The stereotype of a hacker is some dodgy looking, long haired, uncouth youth who creates and cracks codes in order to exploit a company or organisation. Nothing could in fact be further from the truth says Caroline De Cock, organiser of the EUhackathon, who is actively working to change the perception of a ?hacker? into a positive term for ?anyone who can creatively use code.?

What was really going on in that racist Swedish cake photo? 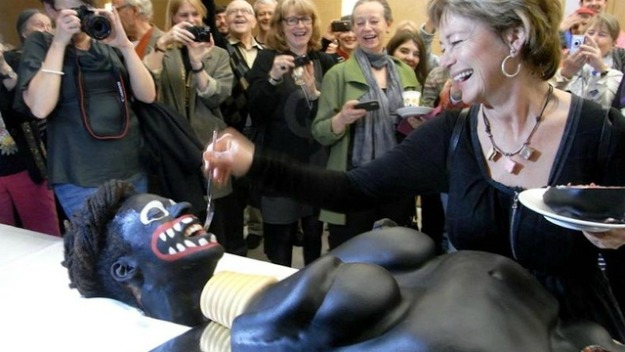 If you spent some time on the Internet yesterday, you’ve probably seen it already — the photo of laughing Swedish culture minister Lena Adelsohn Liljeroth cutting into a cake designed as a racist caricature of an African woman.