High-ranking military figure from Turkey’s ?Feb 28 process? to be detained

from Hurriyet Daily News
Turkish police raided 30 locations, including the home of former Deputy Chief of General Staff Gen. Çevik Bir, as part of a probe this morning into the ‘post-modern coup’ of Feb. 28, 1997.

by By SEBNEM ARSU
Long considered the untouchable guardian of a staunchly secular state, the Turkish military has lost its immunity since the pro-Islamic government took power.

The long shadow of the 1980 coup in Europe

from Today’s Zaman, your gateway to Turkish daily news :: Columnists by JOOST LAGENDIJK
It has been said by many this week from all over the political spectrum and I can only agree: The start of the trial against retired generals Kenan Evren and Tahsin Şahinkaya, two of those responsible for the 1980 military coup, is a historic event with an extremely high symbolic significance.

Militarism as a national virus

from Today’s Zaman, your gateway to Turkish daily news :: Columnists by YAVUZ BAYDAR
The Evren-Şahinkaya case has proven to be a litmus test for the nation?s ?old elite.? The trial, which began last week in a sort of pushy way, helped them to identify where they stand with regard to the question of facing history and confronting crimes against humanity. 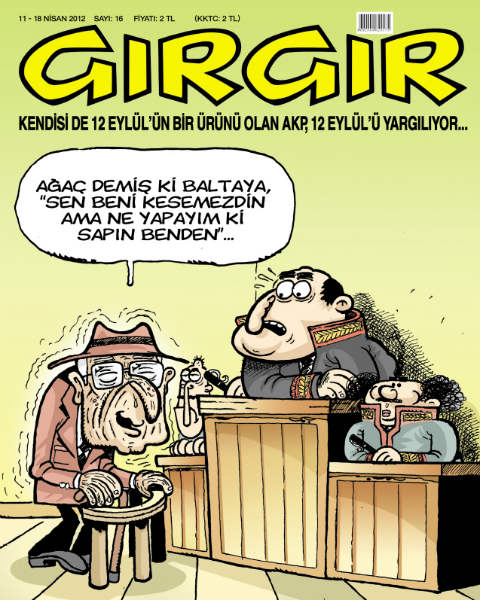 Çevik Bir is a retired Turkish army general. He was a member of the Turkish General Staff in the 1990s. He took a major part in several important international

The trial of former general represents a historic opportunity for Turkey to face its past, but there are reasons to be cautious