Can film-makers ever play it fair when it comes to depicting war?

from World news: Turkey | guardian.co.uk by Phil Hoad
There’s always a loser when two sides go to battle, and movie dramatisations of historic events are no different

? What global box-office stories would you like to see in After Hollywood? Let us know in the comments below
Truth is famously the first casualty of war ? and that goes double as soon as a film crew moves in. Turkey has discovered this with its recent bastion-storming blockbuster, Fetih 1453 (Conquest 1453). A scimitars’n’CGI blockbuster account of the fall of Constantinople to the Ottomans in the 15th century, it is the country’s most expensive film ever ($17m budget), most popular (4.6m tickets in its first 18 days) and most lucrative ($29m and counting).

29 Free Oscar Films on the Web

How about some hors d?oeuvres meant to accompany the main course, the 2012 Academy Awards? We scouted around the web and found 29 Oscar-winning (or nominated) films from previous years. The list includes many short films, but also some long ones, like Sergei Bondarchuk?s epic version of War & Peace. Sit back, enjoy, and let us know if we?re missing any other Oscar winners?

from Hurriyet Daily News
Iran’s state TV described the country’s foreign film Oscar win on Monday as a victory over Israel, in a gesture of official approval toward an Iranian movie industry criticized by hardliners.

Turkish Taboos Challenged by Success of Movie About Gays – TIME

from Hurriyet Daily News
Germany has prohibited the presentation of Turkish film ?Fetih 1453? to viewers under the age of 16…

And just like on that day, ?we? conquered İstanbul and still feel proud about it in our collective memories, and we can possibly feel proud of this major Turkish blockbuster, with its high production values, not to mention that it will probably be 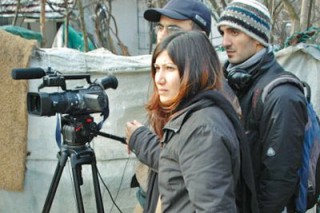 from Hurriyet Daily News
First I must declare it openly: I did not watch the movie. I was going to, though; until I received a note by a Greek

from Hurriyet Daily News
World-renowned Turkish pianist Fazıl Say has expressed anger at being incorrectly named as the..

Some lessons I learned from Yilmaz Güney | Bleader 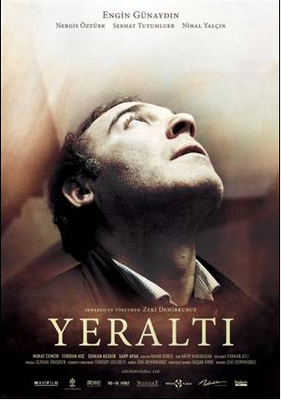 New Zeki Demirkubuz film ‘Yeraltı|Underground’ based on the Dostoyevsky classic ‘Notes from the Underground’ [1] will be released in April 13, 2012. The story the life of civil servant Muharrem (Engin Günaydın) and was recently filmed in Ankara.

Engin Günaydın and Nihal Yalçın in a scene from ‘Yeraltı’

ISTANBUL ? Turkey is on a roll these days, uplifted by economic growth and regional diplomacy. Now comes a film to boost the feel-good mood, an epic about the 15th century fall of Constantinople that fuses national pride with Hollywood-style ambition

To celebrate Women?s Day, here?s a brief look at women in Turkish cinema and how they took…