I am sure there is a growing social conservatism but i am not sure if that means a deficit of knowledge. Maybe not the way older generations perceive knowledge but an emerging one youth are tied to…

from Hurriyet Daily News
Turkey might have a young population, but the country?s youth are largely insular and ignorant…

from Kamil Pasha by Jenny White
Turkey might have a young population, but the country?s youth are largely insular and ignorant, posing problems if the nation wants to run a globally competitive, knowledge-based economy, leading sociologist Nilüfer Narlı says. Internet penetration is low, while many young people don?t know a second language, she says. (click here for more)

The most comprehensive survey of young people in Turkey so far, conducted by an Ankara-based think-tank, has found that 21 percent of participants named Prime Minister Recep Tayyip Erdoğan as a person they admired, while only 4 percent chose Mustafa Kemal Atatürk.

“We launch JİNHA on 8 March. As women journalists from Diyarbakır, we want to be part of the women’s voice with our video and photo cameras and we want to rise within that voice”, said Jin Haber founders Pelek and Özbey 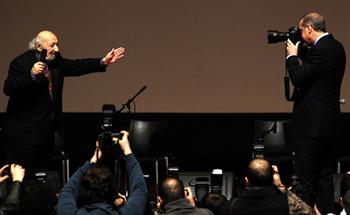 from Hurriyet Daily News
A Turkish friend of mine who has lived in the United States for many years once told me an amusing experience of hers.

from Yahoo news
The Getty and the New York Met are among the U.S. institutions the Turkish government has contacted over artifacts it believes were smuggled out of the country. The government of Turkey is asking American museums to return dozens of artifacts that were allegedly looted from the country’s archaeological sites, opening a new front in the search for antiquities smuggled out of their original ..

A Turkish Fashion Magazine, Ala, Is Unshy About Showing Some Piety

from NYT > Turkey by By DAN BILEFSKY
Ala, a Turkish publication, is an unlikely fusion of conservative Muslim values and high fashion, and has been called the ?Vogue of the veiled.?

by Acturca
Hurriyet Daily News (Turkey) March 28, 2012 Gila Benmayor When the French airport operator Aeroports de Paris (ADP) recently bought 38 percent of the shares of TAV Airports Holding, owned by Tepe-Akfen, for 874 million dollars, the president of the executive board of Akfen-TAV, Hamdi Akın made an interesting comment: ?I view this sale of

from Hurriyet Daily News
Turkish job seekers are relatively upbeat about finding work, according to the 2012 second-quarter employment expectations survey released by the Manpower Group.

from Hurriyet Daily News
The new Turkish Commercial Code 6102, which is expected to enter into force on July 1, 2012, is increasingly becoming the talk of the business world.

Accidents and deaths in workplace are not destiny

from Today’s Zaman, your gateway to Turkish daily news :: Columnists by CENGİZ AKTAR
We are developing, growing and becoming prosperous. No matter the cost, even if citizens and the environment are suffering for it! Leave legal limitations aside, the zeal for getting rich doesn?t have the slightest moral limitation. We constantly hear about what happens to the environment, towns and cultural heritage. We are faced with a nightmare that has pledged to construct buildings, shopping centers, bridges, roads and tunnels on every empty piece of land it sees and erect hydroelectric power plants on every river. Citizens are aggrieved, but some pay the price with their lives: construction workers.