from ethnografix by Ryan Anderson
[Note: This is a post that I wrote for the latest edition of anthropologies that tries to review some of the anthropological involvement and reactions to the Occupy Wall Street protests and movement] 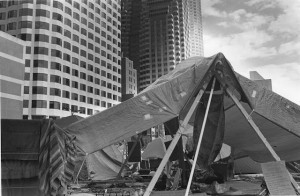 The March 2012 issue of Anthropologies is out, and editor Ryan Anderson has put together an important collection on anthropology, the open access movement inside the field, and how anthropologists are engaging with the Occupy movement. This issue is so full of good ideas, good review of literature and writing, and well-articulated taking of positions. I hope it is widely-read, as it has the potential to mark a shift towards a new way of doing anthropology, a new articulation for the field that won?t be found in any other journal.

A few year ago, I was working at Kodak and friend and I were talking about the idea of Rolling Segmentation.  More recently, we have been talking

about how it relates to how that thinking can be applied to issues of instability and insurgency.

from Digital Ethnography by Prof Wesch
Reposted from Anthropology News
Contributing Editors
Nathalie Boucher and Martin Lamotte
An anthropological introduction to YouTube is a 40-minute YouTube video of a presentation by Michael Wesch of Kansas State University. The presentation, given at the Library of Congress in 2008, provides an overview of two years of research on the famous platform. On his Digital Ethnography website, he writes, ?Our work explores how humans use media, how media uses us, and how we can use new media to reveal our insights in new ways.?

from NAPA by terryredding
Since 2003 the Himalayan Health Exchange, a U.S.-based humanitarian organization that works in the remote Western Himalayan regions of Northern India, has offered a three-week summer anthropological field school.  ?Our program is very comprehensive and provides an unforgettable and highly productive learning experience for students of anthropology as well as other disciplines.  This summer, from June 24-July 15, 2012, we include one week participation in a medical mission travelling through the Spiti Valley of Himachal Pradesh. Participants will observe some of the challenges to health and health care delivery in the area. Students will have an intensive and immersive experience in a remarkable cultural region composed of multiple, distinct communities.

a plea for anthropology

from Savage Minds: Notes and Queries in Anthropology ? A Group Blog by jason

It?s been an exciting month on Savage Minds, from a great new open access and digital anthropology effort to areading of foundational texts to a discussion of contemporary scholarship, with a lot of stuff in between. And all the while a glance at the right-hand column opens onto a window of often fiery comment exchanges. I haven?t guest-blogged as much as I wanted to, in part because things came up, in part because I wanted to keep priority on the main discussions, and in part because I?m afraid of that comment stream. Although I?m sensing this post is headed toward an ?epic fail,? I would like to register a plea to find our way beyond internet conventions that encourage people to tear each other limb from limb. These conventions can sometimes be exacerbated by anthropological training, making anthropology a ?field of stumps? as each generation cuts down the work of the previous (I think Eric Wolf said that, but can?t locate the reference; [update, thanks Ryan and see this commentfor full reference]).

Anthropology ? A plea for engagement

from Anthropology Report by Jason Antrosio
Did a selective sweep through the anthropology blog feeds, and here is a sample of current anthropological contributions. The latest issue of anthropologies, Occupy & Open Access is an obvious and important starting point, but a lot of things have popped up over the last week. Please let me know if you?ve read or written something that should be added.

Interview with a cyborg anthropologist

New research shows ancient Maya women were powerful leaders
Medill Reports: Chicago
?I think the popular belief is that they were restricted to the private household,? said Shankari Patel, an anthropology graduate student at the University of California-Riverside. ?The popular belief would be that women stay at home,

A first look at the genome of the Tyrolean Iceman 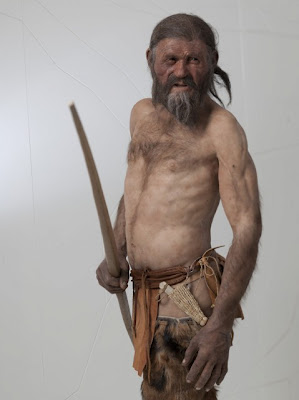 Thanks to the publication of the Tyrolean Iceman’s (reconstructed on the left) genome sequence, by Keller et al. (2012), I have been able to include him in a joint analysis with 2,671 other individuals, previously assembled for the K7b and K12b calculators of the Dodecad Project.

Special issue of Ethos on ?Reinvigorating Dialogue between Phenomenological and Psychoanalytic Anthropologies? by Eugene Raikhel

from Somatosphere by Eugene Raikhel

from Dienekes’ Anthropology Blog by Dienekes
It is wonderful when different disciplines arrive at the same conclusions independently. Recent work in Austronesian languages by Gray, Drummond, and Greenhill arrived at the conclusion that Austronesian originated in Taiwan c. 5,200 years ago, and experienced a rapid expansion pulse c. 4,000 years ago that resulted in the colonization of island Southeast Asia.

from Savage Minds: Notes and Queries in Anthropology ? A Group Blog by Kerim
If I?ve been quiet lately it is because most of my free time has been devoted to trying to learn

Amis (also known as Pangcah) one of the

Austronesian languages still spoken in Taiwan. I?ve been reluctant to write about it because I?m at that initial stage where I am completely tongue tied and unable to speak a word if anyone actually tries to engage me in a conversation. I?m a little embarrassed to be writing about this again, because I started writing about it in 2009 and haven?t made much progress since then.