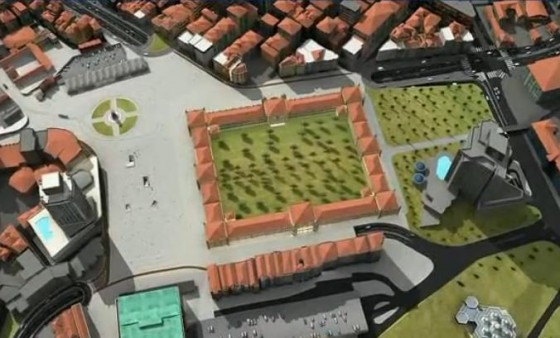 Streets become highways, trees make way for the mall in a new plan for Taksim Square in Istanbul. Today, Istanbul’s Taksim Square is a bustling hub of activity, with majestic Gezi Park providing some natural solace ? even when the trees are brown in

The Istanbul Music Festival, the first festival held by the Istanbul Foundation for Culture and Arts (İKSV), celebrated its 40th anniversary with a cocktail party Feb. 27 at the Turkish Embassy in London.

Can Anyone Profit From Istanbul Property Investment?
Homesgofast.com
Istanbul Property now presents overseas property investors with compelling evidence that Turkey is safe for investment. International real estate investors trying to decide whether or not Istanbul is a good place to invest would have one problem,

Istiklal: The Heart (and Stomach) of Istanbul ? Intelligent Travel
By Katherine Gypson
In the last days of the Ottoman Empire, Istiklal was the high-end European area of Istanbul. The street was renamed Independence Avenue after the Turkish republic was established in 1923, but fell into disrepair. Authorities wisely revived the

İstanbul’s bid to become IFC looks cloudy as progress continues to delay
Sunday’s Zaman
The hope that İstanbul will become an international financial center (IFC) in the near future has been disappearing as progress on the project has been slow in many respects. The long-overdue project has been talked about for years by many politicians

Istiklal: The Heart (and Stomach) of Istanbul ? Intelligent Travel

A Turkish friend once told me that to understand Turkey all you need to do is take a walk down Istiklal Caddesi ? the main pedestrian shopping area of Istanbul that hums with energy late into the night and hosts everything from street musicians to sophisticated clubbing to protests. ?Istiklal,? she said, ?is the heart and soul of Turkey

Baklahorani Carinval in Istanbul after 71 Years

from Bianet :: English
The Greek Baklahorani Carnival was celebrated in big style for the first time since 71 years in Istanbul on 26/27 February. A costumed crowed took over Taksim Square on Sunday; a masked parade took a cheerful course from Feriköy to Tatavla (Kurtuluş) on Shrove Monday.