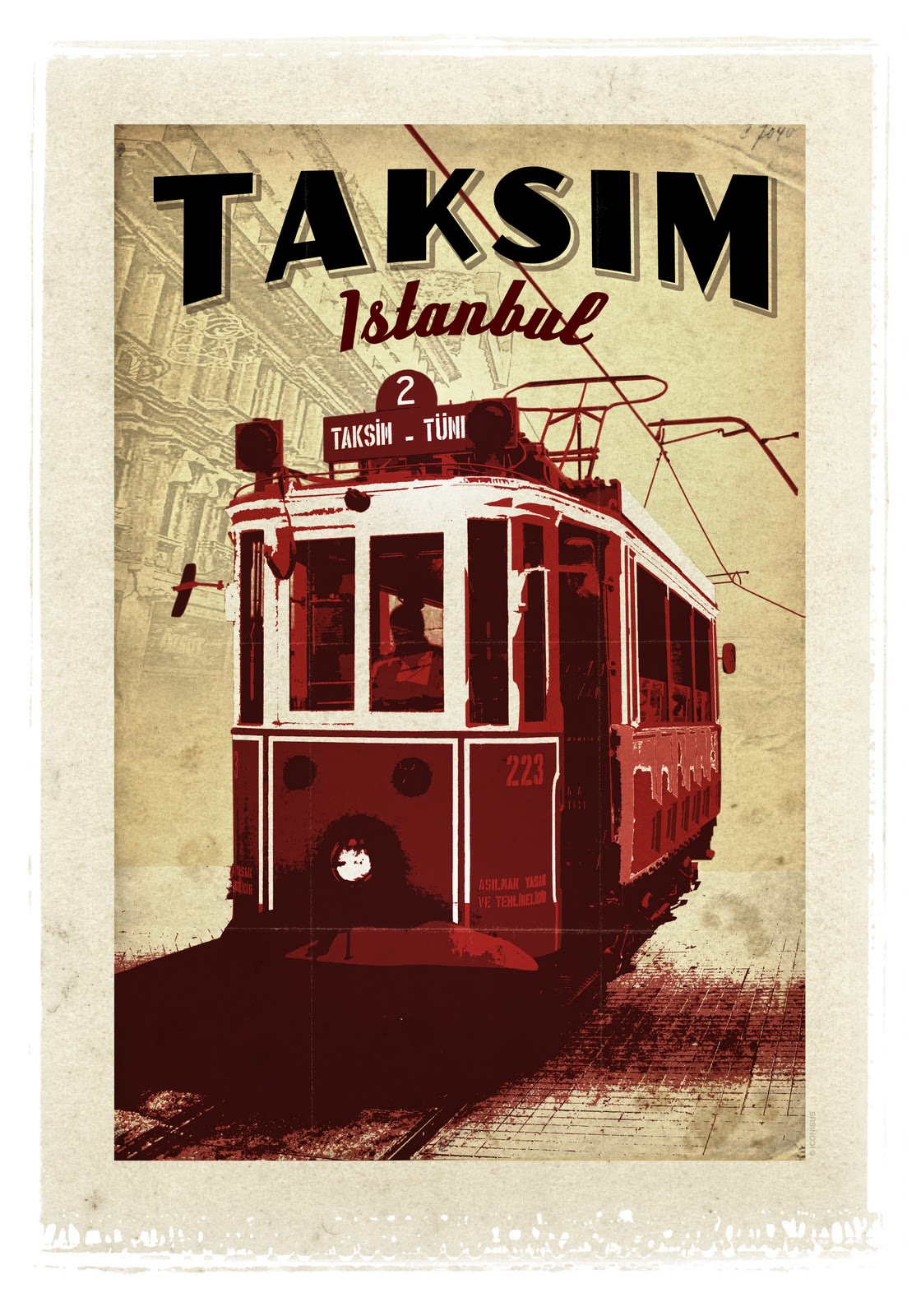 from Mavi Boncuk by M.A.M
Mavi Boncuk |  Vintage Poster Design works of Emrah Yucel who also created many famous Hollywood film’s posters. Here is presented the biggest size of Turkey travel posters. You can find middle and small sized ones from here.All kind of usage and sharing of this posters are allowed by copyright owners except selling.

from Today’s Zaman, your gateway to Turkish daily news :: Columnists by CENGİZ AKTAR
You must have heard about the project that aims to direct traffic via underground tunnels under Taksim Square. If you haven?t heard about it yet, you may want to visit www.taksimplatformu.org or www.akparti.org.tr/site/video/8291/taksim-meydani-projesi. As a matter of fact, you cannot access information about this recently reignited debate on any other websites than these two resources.

Take a Video Tour of Istanbul’s Conceptual New Taksim Square …
By John Metcalfe
Zoom through underground roadways and over a reconstructed Ottoman barrack in this video of the yet-to-be-built Taksim Project, a major rejiggering of Istanbul’s central park.

SHANGHAI, Feb 20 (Bernama) — The China edition of the National Geographic Traveller, one of the biggest culture and travel magazines in the world, published a supplement and promoted Istanbul.

It took him just five hours to transport everything from the streets of Istanbul to the ramp. From traditional music to artistes from the region, JJ Valaya appeared to have almost everything that could give the walk a feel and look of Istanbul

Tarlabasi, the Hidden Face of Istanbul by Guillaume Poli | The 37th …

From Guillaume Poli: Spread between Turkey, Iran, Irak and Syria, the Kurds make the world’s biggest landless minority. In Turkey, they represent 25%

Istanbul capital of foreign investment
Hurriyet Daily News (press release)
This photo shows Istanbul’s financial center in Levent. Foreigners invested the most in the banking sector in 2011. HDN photo Foreign investment in Istanbul increased by 110.77 percent in 2011 from a year earlier, according to a study released by the

It took him just five hours to transport everything from the streets of Istanbul to the ramp.

ISTANBUL – Anatolia News Agency
Recently, Istanbul has become an important center for health tourism. Many are coming to the city for aesthetic and cosmetic surgery, such as nose surgery, eyelid, face and abdominal lifting, hair transplantation and liposuction. According to officials, 350,000 tourists come to Turkey every year for medical reasons

IES Istanbul Expatriate Services, relocation company, was formed in 2011 in order to fill a gap in the market for a seamless, flexible and complete relocation support for foreigners in Istanbul.