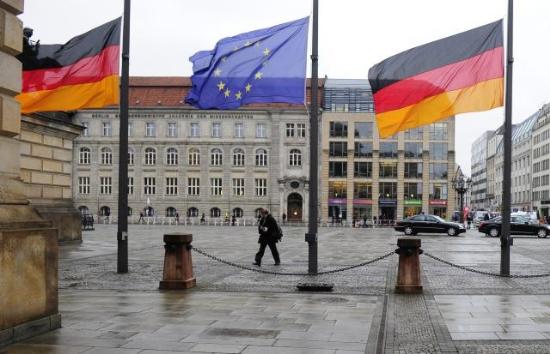 Merkel apologizes for the neo-Nazi killing

from Hurriyet Daily News
Chancellor Angela Merkel has apologized publicly to the relatives of 10 people, mostly immigrants, suspected of being killed by a neo-Nazi group.

by Acturca
Associated Press (AP), February 21, 2011 By Christopher Torchia, Istanbul If a project has no deadline, is it really a project? What do you call a negotiation process in which the partners can?t talk about key issues? These are existential times for Turkey?s campaign to join the European Union ? an ambitious vision that has

How the Iran Nuclear Standoff Looks From Turkey: Soli Ozel

by Acturca
Bloomberg (USA) Feb 21, 2012 By Soli Özel * For two neighbors who don?t trust each other and for centuries were engaged in fierce strategic and religious competition, it is remarkable that Sunni Turkey and Shiite Iran haven?t gone to war over their border since 1639. As Turkish leaders walk a diplomatic tightrope over U.S.-led

Replacing Germany’s Pro-Turkish President with an Anti-Turkish One 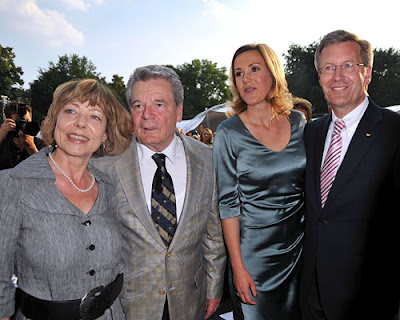 Something is rotten in the state of Germany, too.

No, in contrary to what I’ve been doing since a short while ago, I will defend Germany’s Prime Minister Angela Merkel this time.

from Project Syndicate by Anne-Marie Slaughter
SLAUGHTER: Turkey?s Test Turkey?s international star has risen steadily over the past few years, with its leaders lionized in the region and traveling the world as representatives of an increasingly influential power. But now, in Syria?s carnage, Turkey is facing a critical test of its regional and global aspirations.

Ex-judge: Turkey in for scolding by Euro court

from Hurriyet Daily News
Rıza Türmen, a former Turkish judge at the European Court of Human Rights, believes that a recent ruling of the European court in the case of an arrested journalist does not mean it approves the lengthy detentions

by Acturca
EurasiaNet (The Open Society Institute) February 16, 2012 by Eldar Mamedov * Amid a struggle to determine religion?s role in Azerbaijan, a controversial movement led by Turkish theologian Fetullah Gulen is attempting to establish itself as the face of moderate, politically acceptable Islam in Baku. There are several factors, however, that are limiting the Gulen

Getting to Zero: Turkey, its Neighbors, and the West

77% of Israelis won’t travel to Turkey, even for free – Israel Travel, Ynetnews

One out of four Israelis does not want to spend a vacation in Turkey, a new survey on Israeli tourism suggests.

ECtHR?s decision and the cases against Ergenekon by Atilla Yayla

from Turkish Digest by A-News

If a project has no deadline, is it really a project? What do you call a negotiation process in which the partners can’t talk about key issues? These are existential times for Turkey’s campaign to join the European Union — an ambitious vision that has become increasingly ambiguous.