Booklet: Why You Should Care About ACTA

14 November, 2011
»
Campaigns | Intellectual Property Enforcement
The Anti-Counterfeiting Trade Agreement (ACTA) is a plurilateral agreement which proposes international standards for enforcement of intellectual property rights. The Agreement, negotiated by a handful of countries1 in coordination with certain parts of industry, is controversial in both process and substance. If ratified, it will have major implications for freedom of expression, access to culture and privacy, it will harm international trade and stifle innovation.
The European Parliament now has to take responsibility and vote ?no? on ACTA in the upcoming ?consent? procedure. The ratification process of ACTA is also starting on a national level in the various Member States. Since many politicians and citizens are not yet aware of ACTA’s serious implications, Access Now, TACD and EDRi have put together a booklet to highlight the most important issues. It has been translated into several different languages:

by Grahnlaw
During the negotiations of ACTA the participating states did their best to undermine public trust by secrecy and obstinate refusal to publish various documents (Techdirt). When the first batch of countries signed ACTA in October 2011, the EU Commission and Council ignored the occasion (Grahnlaw).

The Ministry of Foreign Affairs of Japan has published a note on the signing of the Anti-Counterfeiting Trade Agreement between the European Union and its Member States, Australia, Canada, Japan, the Republic of Korea, the United Mexican States, the Kingdom of Morocco, New Zealand, the Republic of Singapore, the Swiss Confederation and the United States of America (ACTA) by the European Union and its member states.

from FT.com – World, Europe
After an absence lasting a couple of decades Italy has returned to the stage. Mario Monti?s fate may turn out to be Europe?s, writes Philip Stephens

from The European Citizen by Eurocentric
The EU blog aggregating website Bloggingportal.eu is 3 tomorrow. Since it was launched the number of blogs being aggregated has ballooned to 904, with over 250 posts being generated over the past week. The Euroblogosphere is definitely more vibrant than when Bloggingportal started out, and Bloggingportal is still the top aggregation site for EU blogs – I’m not aware of any others.

from open Democracy News Analysis – by Kaye Stearman
The report attempts to collate data on 2010 weapons sales by EU member countries. Western Europeans were the biggest arms exporters. The biggest customers were the repressive regimes of the Middle East and North Africa who collectively bought 8.3 billion Euros worth of arms.

from euro|topics
German Chancellor Angela Merkel warned on Wednesday at the World Economic Forum in Davos that Germany should not bear too heavy a burden in the euro crisis. While some commentators applaud her message, others lament a lack of commitment to Europe as a political project and even call Western capitalism into question.

Davos: Enjoy the party while it lasts

from Hurriyet Daily News
In yet another effort to reassure themselves that there?s no monster lying under…

from BuzzMachine by Jeff Jarvis
I?m among the disrupted of Davos. Outside, there?s an #OccupyDavos encampment in igloos (really). Down the road, someone will be giving out an award to the worst company of the world. But the disruption is no longer outside. That?s what I sensed in past years; that?s what they wanted to believe here. Now the disruption is inside. Every institution is challenged. Every.

from BBC News | Europe | World Edition
The World Economic Forum gets underway, with worries about the eurozone and the global economy taking centre stage.

Davos 2012: What?s Your Question For the World Economic Forum?

from Global Voices Online by Katarzyna Odrozek
?The Acta agreement in no way changes Polish laws or the rights of internet users and internet usage.? – despitea massive Internet protest and controversies around the secret manner of negotiations, Minister of Administration and Digitisation Michal Boni admitted after the meeting with PM Donald Tusk that the government would sign the anti-piracy agreement

ACTA on January 26, as planned.

David Cameron to Council of Europe: back my reforms or UK steps back

by Nicholas Watt
Tories to call for looser relationship with ECHR at next election if prime minister’s reform plan fails
The last time David Cameron embarked on a European adventure he had little idea of the endgame.

Greece: ?I Signed the IMF Memorandum Without Having Read It?

from Global Voices Online by Veroniki Krikoni
This post is part of our special coverage Europe in Crisis.
Shock and awe awaited Greek citizens on Monday January 23, 2012, when Louka Katseli, former minister of labour and social security (2010) and minister of economy, competitiveness and shipping (2009), revealed that she had had only three hours to read the

from Editors Weblog – all postings by Federica Cherubini

Six countries, six leading newspapers, a huge audience and one common theme: Europe, how to explain it better, how to understand it better, how to build it better. This is the aim of an editorial project which saw six papers joining forces to produce a joint special edition on the situation of the European Union.

EU ‘right’ for data to be deleted

from BBC News | Europe | World Edition
The European Commission is to propose a new law that gives users the right to demand that social networks “forget” status updates and other uploads.

from euro|topics
In the nuclear dispute with Iran the EU resolved on Monday to cease imports of Iranian oil as of July 1 in a bid to force Tehran back to the negotiating table. But the sanctions could backfire as they hardly hurt Iran economically while leaving it no leeway to make concessions, the press writes.

from Behind the Scenes by Honor Mahony
German Chancellor Angela Merkel is not one for high emotions. Public speeches are calm and measured. During debates in the Bundestag, she drives home points using repetition rather than rhetorical flourish. Her press conferences at the increasingly regular summits in Brussels are renowned for being low-key affairs. Bad or good news is delivered in the same tone of voice. For colour and indiscretion, journalists go next door to the French briefing room.

Ideas on Europe: Norway?s Europeanisation and the democratic deficit

from Bloggingportal.eu – Today’s posts
The Norwegian Government has just published a 900-page long report titled ?Outside and Inside – Norway?s agreements with the European Union? (the link leads to the English translation of the 1st chapter). The report summarises the scop…

ACTA in Poland: naivety or lack of competence

It seems that the Polish government got lost in the case of ACTA (Anti-Counterfeiting Trade Agreement). Yesterday morning the government?s spokesman Pawel Gras in a nonchalant way announced that here were no hack attacks against government?s websites. But facts that discredit the government will soon reach the Polish public opinion. Here they are:

The Polish government stubbornly insists on ACTA. The Prime Minister has already tasted strong words during the football war, smart drugs war, etc., and he wants to play in a similar style in the case of ACTA.

from Blogactiv by Blogactiv Team
Guest Post by Fitch F. Rich, Croatian Blogger
The results of the referendum are clear ? Croatia has chosen Europe! Two thirds of Croatian voters voted ?YES? in today?s referendum on country?s EU accession. Exactly 22 years after that historical day when Croatian delegation left the congress of the Yugoslav League of Communists in Sava Center Belgrade, Croatian people chose to enter yet another supranational association. The time will show whether this was a wise choice.

from euro|topics
German Chancellor Angela Merkel on Tuesday reaffirmed her hostile stance to an enlargement of the permanentESM bailout fund. Italy’s Prime Minister Mario Monti and IMF head Christine Lagarde, by contrast, stress that the fund needs more than 500 billion euros. Crisis-stricken countries with workable austerity policies won’t need so much money, some commentators write, while others believe only a massive cash injection can revive trust in the euro bailout.

from Social Europe Journal by NewsWatch

Drafting EU law: Who cares for TEU and TFEU anyway?

from Ideas on Europe by Ronny Patz
As an academic working on EU affairs you are sometimes forced to read EU law, even if that is not the most beautiful prose you come across in your life.

First thoughts on the ESM: Another European non-solution

from open Democracy News Analysis – by Kaye Stearman
The report attempts to collate data on 2010 weapons sales by EU member countries. Western Europeans were the biggest arms exporters. The biggest customers were the repressive regimes of the Middle East and North Africa who collectively bought 8.3 billion Euros worth of arms.

Eurozone policy-makers ? from President Sarkozy and Wolfgang Schäuble to the former President of the ECB, Jean-Claude Trichet ? advocate that Italy and Spain should emulate the Baltic states and Ireland. These four countries, they argue, demonstrate that fiscal austerity, structural reforms and wage cuts can restore economies to growth and debt sustainability. Latvia, Estonia, Lithuania and Ireland prove that so-called ?expansionary fiscal consolidation? works and that economies can regain external trade competitiveness (and close their trade deficits) without the help of currency devaluation. Such claims are highly misleading. Were Italy and Spain to take their advice, the implications for the European economy and the future of the euro would be devastating. 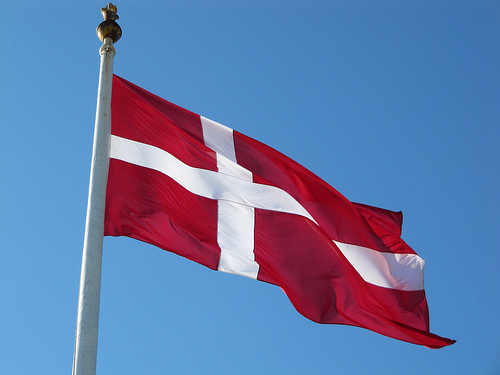 from euro|topics
Tehran is planning to pre-empt the EU’s decision to boycott Iranian oil with an immediate ban on oil shipments to Europe. A bill to that effect is to be presented to the Iranian parliament on Sunday. The gambit will work in the regime’s favour, commentators write, and lament the futility of the embargo.