by By SEBNEM ARSU
One man was convicted in connection with the murder of Hrant Dink, a well-known Armenian editor, but 18 were acquitted in what critics called a missed chance to find the truth.

from Global Voices Online by Nigar Hacizade
Five years and 25 hearings later, the trial to convict those responsible for the murder of Hrant Dink, a Turkish-Armenian journalist, has come to a close. The gunman, 17-year-old Ogün Samast, as well as over a dozen others accused of involvement in the gunning down of Dink in Istanbul in January 2007, were caught almost immediately afterwards.

In Turkey, an Organized Crime Can Only Be Committed Against the Government 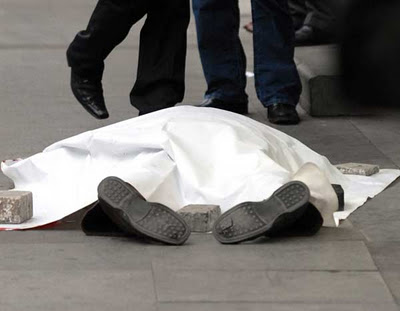 by Fréderike Geerdink
ISTANBUL ? A Turkish ultranationalist has been sentenced to life imprisonment on Tuesday for ordering the murder of Turkish-Armenian journalist Hrant Dink. Yasin Hayal and nineteen others were however cleared of terrorism charges. Dink was assassinated in front of the office of his newspaper in Istanbul on 19 January 2007. He was controversial among nationalist

An Istanbul court issued the verdict in the case of Hrant Dink .

by Constanze Letsch
Yasin Hayal, accused of masterminding killing of editor, sentenced to life in prison but suspects cleared of terrorist links
A court in Istanbul has sentenced a man to life in prison for masterminding the killing of a leading Armenian journalist, but cleared all 19 suspects in the five-year-old case of acting under the orders of a terrorist organisation.

Hrant Dink trial not over yet, justice minister says

The case into the 2007 assassination of Turkish-Armenian journalist Hrant Dink is not yet complete, Justice Minister Sadullah Ergin said.

http://www.euronews.net/ Demonstrators in Istanbul marched in anger over the conviction of a second man for the killing, five years ago of a prominent Turkish-Armenian journalist. The family of Hrant Dink denounced the verdict, arguing the murder was a