The EU got sued by a lot of dictators this year

from Atlantic Community RSS-Feed
Editorial Team: We would like to take this opportunity to thank you all for your excellent contributions and to remind you of some of the stand-out achievements of our open think tank over the past twelve months. Your ideas are making an impact and we look forward to your contributions in 2012.

from euro|topics
The people of the Arab world rose up in protest, Japan was hit by a nuclear disaster and Europe became mired in a debt crisis: 2011 was historic in every way, writes the press.

by Grahnlaw
One part of the new EU regulatory framework for electronic communications, the telecoms package approved in 2009, was the establishment of BEREC.

The BEREC Regulation 1211/2009, published two years ago, is available in 23 official EU languages; the English version:

by Grahnlaw
After the brief presentation of the Body of European Regulators for Electronic Communications (BEREC), we looked at the ongoing public consultation on the draft BEREC medium term strategy outlook.

Relating to the Digital Agenda for Europe, in this blog post we turn to the BEREC Work Programme 2012 documents.

by Grahnlaw
The blog post What is the EU doing for growth and jobs? presented the main economic reform programmes in the European Union. The entry Electronic communications in EU: BEREC blog posts focused on one part of the ongoing work on the Digital Agenda and the Digital Single Market, by compiling recent articles about the Body of European Regulators for Electronic Communications (BEREC).

Italy Braces Itself For The Full Monti

from A Fistful Of Euros » A Fistful Of Euros by Edward Hugh
The Italian government, Mario Monti informed the country?s parliament last Thursday, is now planning to concentrate its attentions on achieving economic growth. A timely decision this, since the statistics office announcement a day earlier that the country had once more fallen back  into recession, while not being a surprise nonetheless does constitute a cause for concern.

What is the EU doing for growth and jobs?

by Grahnlaw
The European Council has repeatedly endorsed and called for a Digital Single Market, as well as other growth reforms. This quote comes from the conclusions 9 December 2011 (EUCO 139/11; page 1, point 2):

EESC on open internet and net neutrality in EU

from euro|topics
The loans offered by the European Central Bank at just one percent interest met with great demand from more than 500 commercial banks on Wednesday. The idea is that the banks use the money among other things to purchase the bonds of crisis-hit countries. But according to commentators the loans amounting to just under 500 billion euros won’t be invested in government bonds and therefore won’t end Europe’s current crisis.

Many journalists asked me about the assessment of the Polish Presidency. It was very unbalanced ? a lot of promises, the total absence during the elections and a nice ending. It is difficult to give one grade to a student who came to the inauguration of the year wearing a nice school uniform, then played truant, and at the end of the year boned up for the final exam and passed it.

from Global: Henning Meyer | guardian.co.uk by Henning Meyer
If eurozone countries continue to pursue misguided policies, social movements will gain steam and the EU will unravel
As 2011 draws to a close, it is fair to say that this year has been one of the most disastrous for the European Union in its history. The eurozone crisis has spread from the periphery to the core and all political and financial rescue packages were too little, too late. Towards the end of the year it felt like EU leaders took longer to agree the latest measures to restore confidence than it took for markets to lose it again.

The Battle for the heart and soul of the ECB

by Open Europe blog team
Open Europe has today published a briefing arguing that the ECB is unlikely to buy the hundreds of billions worth of government bonds required for it to properly backstop the eurozone, following an underwhelming agreement between EU leaders at the summit of 8 and 9 December.

The Commission?s energy roadmap is a missed opportunity

The European Commission recently published its ?Energy Roadmap 2050?. The paper begins by repeating the EU?s commitment to reduce greenhouse gas emissions by 80-95 per cent (against 1990 levels) by 2050, and highlights the 2020 greenhouse gas, renewable and energy efficiency targets. It then acknowledges that ?there is inadequate direction as to what should follow the 2020 agenda. This creates uncertainty among investors, governments and citizens?.

by Grahnlaw
I mentioned the EU TTE Council (transport, telecommunications and energy) 12 and 13 December 2011 on my blogs in Finnish, Swedish (here and here) and English. The TTE Council adopted conclusions which on five pages establish the open internet and net neutrality as a policy objective in Europe, while balancing between contradictory claims and interests.

from Ideas on Europe by European Geostrategy
By James Rogers 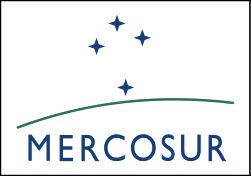 On Tuesday, the South American countries banded together in support of Argentina?s claim to the Falkland Islands, a democratic and self-governing British territory in the South Atlantic. This move formalises a trend, which began last year, whereby South American countries reject British naval vessels from entering their ports, citing British sovereignty over the Falkland Islands as the reason for the refusal. For example, Uruguay denied the British destroyer, HMS Gloucester, access to Montevideo harbour in 2010; while, earlier this year, Brazil did the same in relation to the British corvette, HMS Clyde, which wasprevented from cruising into the port of Rio de Janeiro

from Public Affairs 2.0 by fhbrussels
It?s too early to gauge the real impact of David Cameron?s veto at the European Council in the early hours of December 9 and the decision of 26 countries to devise a new treaty, but there have been straws in the wind over recent days which indicate how positions are evolving and which will set the agenda for 2012.

A plan that will not save Europe

from FT.com – World, Europe
The way out of the crisis is not to act as a group of states that just happen to share a common currency

by Grahnlaw
The TTE Council of the European Union met to deal with transport and telecommunications issues:

The general TTE conclusions offer an overview of the Council’s response to the open internet and net neutrality, issued in relation to the Digital Agenda (pages 19-20):

Is the Arab spring an opportunity for the European Union?

from Blogactiv by Blogactiv Team
Guest post by Dario GROPPI
While Time Magazine publishes The Protester as the man of the year. Eyes on Europe, a magazine dealing with actual and future perspectives of European Union (EU), edited by students, organised a conference on What does European Union learn from the Arab Spring. Hosted by the Free University of Brussels, on 16 December, the conference welcomed Elyès Ghanmi, civil servant of the European Parliament dealing with Maghreb countries, Ines Kalaï, student whose final thesis was about the Tunisian revolution, Vincent Legrand, professor of political sciences at the Catholic University of Louvain and Irnerio Seminatore, president of the European Institute of International Relations (IERI). The question was: The Arab Spring: an opportunity for the European Union? while Didier Leroy, researcher at the Royal Military School specialised in Arabic questions, moderated the debate.

from open Democracy News Analysis – by Andreas Koumi
The voices of responsible, ambitious and conscientious young people in Haringey deserve to be heard, says Andreas Koumi

from open Democracy News Analysis – by Rossana Rossanda et al
This draft appeal is launched by Rete@sinistra, Sbilanciamoci, il Manifesto and Lavoro e Libertà, who organised and spoke at the Florence Forum, ?The way out. Europe and Italy, economic crisis and democracy?, bringing eight hundred people together to discuss ‘our European alternatives’ on December 9, 2011. The appeal, accompanied by its initial signatories, is undergoing discussion between several European civil society networks and groups, aiming at joint actions at the European level.

from euro|topics
Václav Havel died on Sunday at the age of 75. Politicians across the world have paid tribute to the Czech dramatist, dissident and later president, who became the symbolic figure of the democratic transition after 1989. Without people like Havel a free Europe is unthinkable, commentators write, praising the former leader as a great politician and intellectual explorer.

Europe on edge after racist attacks in Belgium and Italy

from Hurriyet Daily News
Recent deadly attacks shake Italy and Belgium. A lone gunman kills four in the city center of Liege while a far-right author shoots dead two Senegalese in Florence. Motives behind attacks have not been uncovered yet.

Is Finland Really A Closet Member Of The Eurozone Periphery?

from A Fistful Of Euros » A Fistful Of Euros by Edward Hugh
At a time when many eyes look hopefully towards the ECB for the kind of action which may prove to be the salvation of the much beleagured Eurozone other, more critical, ones are casting themselves back over the recent track record of the institution itself, and asking what, if any, responsibility the Frankfurt-based bankers have for having allowed Euro Area government finances to fall into the sorry state they are now in.

from Project Syndicate by Raghuram Rajan
RAJAN: Winning the European Confidence Game If any solution to the European crisis proposed over the next few days is to restore confidence to the sovereign-bond markets, it will have to be both economically viable and politically palatable to rescuers and rescued alike. This means paying attention not just to the plan?s technical details, but also to appearances.

from open Democracy News Analysis – by Alessandro Valera
Lesbian, gay, bi-sexual and trans-gender (LGBT) unions are treated very differently within the member states of the EU. If the Union applied the same kind of zeal in imposing mutual recognition of contracts in this area as in commerce, its legitimacy as a democratic force would be greatly enhanced