Police detained 35 people in raids in seven different provinces in a probe into the Kurdistan Communities Union (KCK) earlier today.

AK Party and next president

from Today’s Zaman, your gateway to Turkish daily news :: Turkish Pre by FATMA DİŞLİ ZIBAK
Debates that began when Prime Minister Recep Tayyip Erdoğan underwent surgery last month and had to stay away from politics during his several-week recovery still continue today. 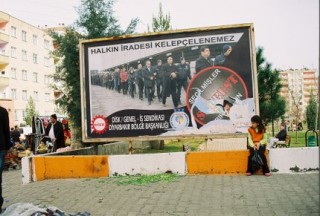 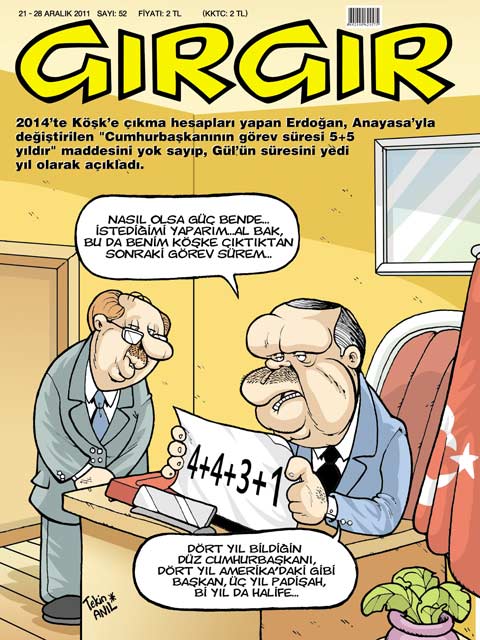 from Today’s Zaman, your gateway to Turkish daily news :: Turkish Pre by Mustafa Karaalioğlu
Prime Minister Recep Tayyip Erdoğan?s days of recovery after a surgery he had last month witnessed interesting events in our political life. These days presented a unique experience for politics, society and the media. 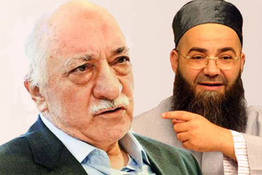 Remember how Prime Minister Erdoğan used to be castigated by the opposition before he fell ill, and how all his speeches would come under fire…

The row in Turkey over the terms of the presidency between the government and opposition parties grows into a major political confrontation.

Ahmet Mahmut Ünlü, also known as Cübbeli Ahmet Hoca, the leader of an İstanbul-based religious community, was arrested last week on charges of involvement in prostitution and soliciting the assistance of a gang.

Turkey cracks down on the ‘parallel’ Kurdish administration

by Guillaume Perrier
Thousands of officials, political militants, academics and NGO workers have been rounded up and many end up in prison
A group of Kurdish women surrounded by children jostled their way into the basement courtroom of the sixth high criminal court in Diyarbakir, “capital” of the Kurdish region of Turkey. A Turkish policeman pushed them towards the benches at the back and barked at them to sit down.

from World news: Turkey | guardian.co.uk by Ayca Çubukçu
Turkey claims to be a successful democracy, but for thousands of political protesters, it is anything but
There is a growing disjuncture between those who promote modern-day Turkey as a democracy and those who experience Turkey as a land of arbitrary detentions, political repression and military destruction.

New constitution sure to be postponed

by Yavuz Baydar
With the first anniversary of the so-called Arab Spring slowly approaching and its progress being symbolized by a high turnout at the Egyptian elections, the spotlight is now on Ankara. Not only that. The expected pull-out of American troops from Iraq and an ugly escalation of the Syrian crisis — now in defiance of the Arab League — also add to attention being drawn to Turkey. Turkey’s spectacular story over the past decade deserves this attention.

From AK Party to AKP

from Today’s Zaman, your gateway to Turkish daily news :: Columnists by BÜLENT KENEŞ
A 410-page indictment a prosecutor prepared as the result of a probe into a network that contaminated the Turkish soccer world with match-fixing was accepted on Monday by the court hearing the case.

Reuters, Dec 12, 2011 By Simon Cameron-Moore, Istanbul There was a time when candidates to the Turkish Academy of Sciences needed above all the respect and acceptance of their peers, but these days the government can largely choose who gets in. The change, according to some academics, is symptomatic of Prime Minister Tayyip Erdogan?s move

by ETYEN MAHÇUPYAN
When the ruling Justice and Development Party (AK Party) put a new constitution on the agenda earlier this year, many analysts argued that Prime Minister Recep Tayyip Erdoğan was actually planning to adopt a presidential system and make himself the single ruler of Turkey.

AK Party is turning into an ANAP-like party

by EMRE USLU
Several months ago, I tweeted, ?The Justice and Development Party (AK Party) is becoming like the Motherland Party (formerly ANAP, now ANAVATAN),? noting that I would write about this matter in the near future. I had to postpone that article until today due to a busy agenda. The stance the AK Party has adopted with regard to the match-fixing debate provides us with a good example proving its ANAP-ization.

2013 will bring real hour of reckoning for AK Party

by ERGUN BABAHAN
Debates over a new bill introducing tougher penalties for match-rigging in the world of football have wound up leading to yet more debates over a possible split within the ranks of the ruling Justice and Development Party (AK Party).

by FATMA DİŞLİ ZIBAK
It seems political parties that supported amendments to a law covering sports crimes are undeterred by President Abdullah Gül?s veto of said amendments. The much-debated amendments call for shorter prison terms for individuals convicted of match-fixing, who currently can receive a maximum of 12 years in prison.

by KERİM BALCI
An untimely, and hence ugly, discussion has revealed the Justice and Development Party?s (AK Party) intraparty, post-Erdoğan leadership race cliques. The discussion is untimely because the prime minister is ill.