Istanbul is an insanely photogenic city — mosques and minarets dotting the landscape, the Bosphorus so much bigger than it looks on a map, the cramped ……..

from Tarlabaşı Istanbul by Jonathan

Three weeks ago the bright yellow concrete barrier blocks were installed over night.  A few days later they were spray-painted with the ? Tarlabaşı? development logo  and the construction company ?Gap İn?aat? to the side.  The workmen started changing the layout of the road and now concrete footings are going in place along the front.

Istanbul Disaster Prevention and Education Center / Collective …
By Lidija Grozdanic
It strongly references historical, environmental and even biological diversification and friction that shaped the contemporary city of Istanbul. The geometric form dominating the building is combined with typical Turkish patterns and ornaments,

When there’s Istanbul
The News International
Very relevant and profound would these questions be for a columnist who has the opportunity to be inIstanbul for three days ? a stopover in a journey to the United States. But I consciously decided not to probe them. In fact, the idea was to totally 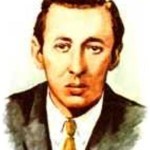 Orhan Veli Kanik (1914-1950) was a Turkish poet, also known as the poet of Istanbul who started Garip movement in Turkish poetry together with Oktay Rifat and Melih Cevdet. Garip movement symbolized a break with the conventional style of Turkish poetry and literature. Garip poets used vernacular speech and surrealist elements in their poems.

Spatial Analysis of 5-Star Hotels in Istanbul
By repec
Turkey has achieved great success in the tourism sector which started a greater than ever trend towards hotel investments. While, new investors are entering to the market, international brands are pursuing strategies to increase their existing