from Bianet :: English All 22 detained defendants of the Hopa trial in Ankara were released pending trial at the hearing on 9 December. A total of 28 defendants are tried on the grounds of protests against massive police interventions against anti-government demonstrations in Hopa in May.

from Bianet :: English Conscientious objector İnan Süver was released after 16 months in prison. His sentence was postponed. Süver told bianet that he was extremely happy to be part of the social life again after his release.

Kurdish Politician Alınak Back to Prison

Mahmut Alınak was arrested again together with Mehmet Ayata, Yalçın Sarıtaş and Sebahat Zeynep Arat upon the prosecutor’s appeal. They were taken to a prison in Istanbul. Alınak had initially been released pending trial after the KCK operation on 22 November. 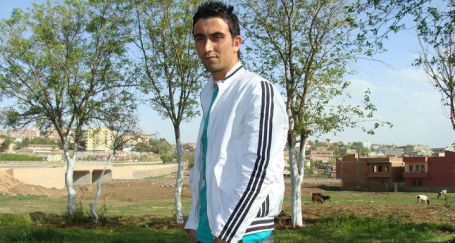 By Ralph Boulton ISTANBUL Dec 9 (Reuters) – He has been feted in Arab states as the midwife of Islamic democracy. At home in Turkey, he strides the political stage unchallenged, a powerful army tamed, a hostile judiciary subdued, citizens savouring the .

A Story of Detention at the Airport

Intiqam Aliyev, a human rights defender and lawyer from Azerbaijan was detained with charges of insulting the police officer at the Istanbul Ataturk Airport and beaten. Despite the efforts of the Istanbul Bar Association, Lawyers’ Rights Center, OSCE and Human Rights House he was deported.

?000Kitap?: The Book That Is Scandalizing Istanbul

The government lumped Sik’s case in with the massive Ergenekon trial, an eight-thousand-page indictment of hundreds of people with alleged ties to the Ergenekon group, the rumored Kemalist organization that planned to overthrow the Turkish government

You?re a woman out for a night on the town with members of your family. You?re all sitting in a restaurant watching a show. The police come in to check ID?s. You left yours in the car, so your husband goes out to get it. While he?s gone, the police hit you from behind, handcuff you and and haul you off to the police station, beating you the entire way. At the station, two policemen beat the crap out of you for a lengthy period of time, throw you on the floor, and sexually harass you, all under the bored eyes of other policemen wandering about the room. Then they charge you with resisting arrest (they claim you cursed at them and scratched one policeman?s arm with your nails). Prosecutors want to throw you in jail for six and a half years.

The case was reopened by a specially authorized prosecutor in Ankara as part of the “Ergenekon” investigation, which is probing an alleged ultranationalist gang that stands accused of attempting to overthrow the present government by force.

According to the BIA Media Monitoring Report for the second quarter of 2011, 68 journalists went to jail till July, 12 of them because of their news, writings and utterances. Turkish courts decided for prison sentences of 44 years and 8 months in total in April, May and June.

The trial regarding the sexual abuse of four girls by 35 people in Siirt was postponed to 25 January. Defendant Kuzu, a former teacher of the girls, was caught and arrested last week. His file will be tried separately in December.