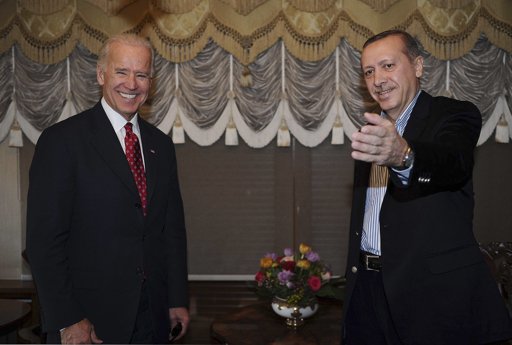 A free political climate is essential to economic innovation, and countries that try to censor the Internet are pursuing a “dead end,” U.S. Vice President Joe Biden told a group of young entrepreneurs gathered in Istanbul on Saturday. 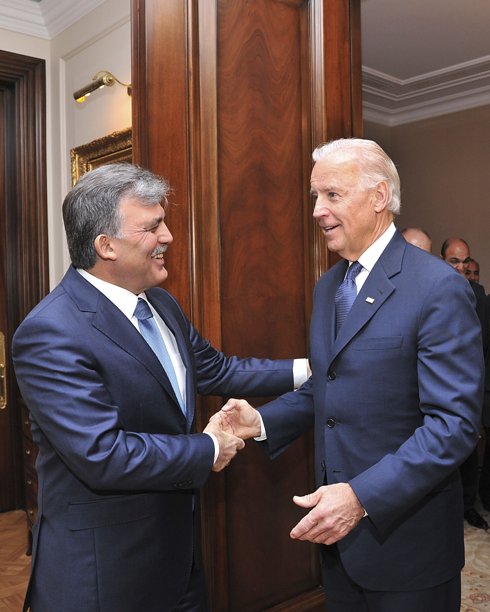 from NYT > Turkey by By MARK LANDLER
Vice President Joseph R. Biden Jr. felt compelled to brush back a challenge from his Turkish hosts, acknowledging current difficulties but asserting that the United States still has a robust economy.

Biden Confers With Turkish Leaders About Syria and Iran

from NYT > Turkey by By MARK LANDLER

Vice President Joseph R. Biden Jr.?s comments seemed calculated to reassure allies like Turkey in a region that is worried about a new wave of instability

As he prepares for the midday rush, Mustafa Baljan puts the finishing touches on the kebabs, salads and stews that make up many a working Turk’s lunch. As the steam carries the scent of lamb and garlic into the street, the 37-year-old restaurant owner considers a popular question: With European economies on the ropes, should Turkey still be seeking to join the European Union?

Are there ?zero problems? for Turkey?

by HDN
As Americans were enjoying roasted turkey at Thanksgiving dinner, I was busy trying to figure out whether Turkey could be roasted because of the Eurozone crisis.

From Endearment to Estrangement: Turkey?s Interests and Concerns in Syria

by Acturca
USIP Peace Briefs (United States Institute of Peace) No 109, October 25, 2011 Yigal Schleifer * Turkish relations with the Syrian regime have developed at a dizzying pace over the last 15 years, going from outright hostility to close cooperation and back to estrangement. Ankara has deep concerns regarding developments in Syria, particularly in terms […]

Turkey and the Arab Spring

by Acturca
Henry Jackson Society Strategic Briefing (USA) October 2011, 15 pages by Hannah Stuart * In the last decade, Turkey?s pragmatic ?zero-problems? foreign policy resulted in better relations and trade with its Middle Eastern neighbours. However, with the upheavals of the Arab Spring, Turkey?s relations with Israel at an all-time low, the country?s belated public support […]

Turkey ?an inspiration? for Arab Spring

by Acturca
Public Service Europe.com (UK) 25 November 2011 by Daniel Mason Turkey is a « source of inspiration » for many in the Middle East and North Africa who aspire to a modern democratic society ? European Parliament president Jerzy Buzek said in a speech to Turkish lawmakers yesterday, as he called on the country to help stabilise […]

Between Europe and Turkey

by Acturca
Kathimerini (Greece) Sunday November 27, 2011 By Nikos Konstandaras If Greece finds itself outside the eurozone it is in danger not only of being isolated from its European partners, of losing the economic and social gains of decades, and of undermining the reform effort that has begun: being left adrift in a region where everything […]