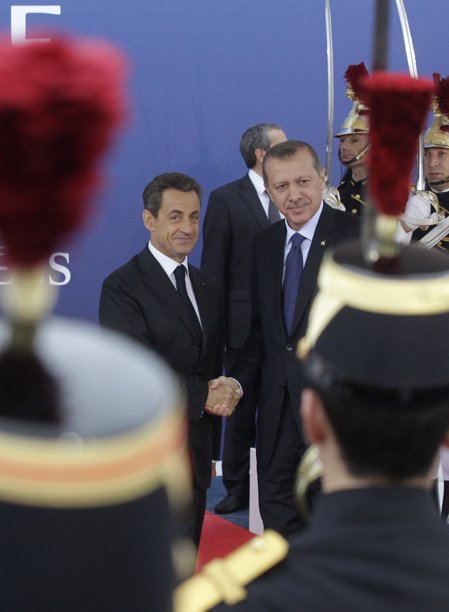 Turkey’s Prime Minister Recep Tayyip Erdogan, right, shakes hands with French President Nicolas Sarkozy during arrivals for a G20 summit in Cannes, France on Thursday, Nov. 3, 2011. French President Nicolas Sarkozy will welcome Barack Obama of the U.S., Hu Jintao of China as well as the leaders of India, Brazil, Russia and the other members of the Group of 20 leading world economies in the city made famous by its annual film festival, but the event is far from the star turn the unpopular French leader had hoped to make six months before he faces a tough re-election vote. (AP Photo/Markus Schreiber)

from Today’s Zaman, your gateway to Turkish daily news :: Interviews by Mehmet Hasgüler *

Of course it is risky and even dangerous to say ?last? tango as far as the Cyprus issue is concerned. However, I think reading between the lines of a statement that the UN secretary-general made following the fourth UN summit with the leaders of the Turkish Republic of Northern Cyprus (TRNC) and Greek Cyprus on Oct.

Following is the full text of the final communique from the Nov. 3-4 Group of 20 summit in the French Riviera resort of Cannes.

2. Since our last meeting, global recovery has weakened, particularly in advanced countries, leaving unemployment at unacceptable levels. In this context, tensions in the financial markets have increased due mostly to sovereign risks in Europe; there are also clear signs of a slowing in growth in the emerging markets. Commodity price swings have put growth at risk. Global imbalances persist.

A 50-year journey for Turkey and Germany

The International Herald Tribune (USA) October 31, 2011, p. 3 By Souad Mekhennet, Istanbul It was cold and wintry in Istanbul, that day in 1961, when Mehmet Ali Zaimoglu boarded a train to Germany carrying a small bag with a few items of clothing, his only pair of shoes and some beans and bread to 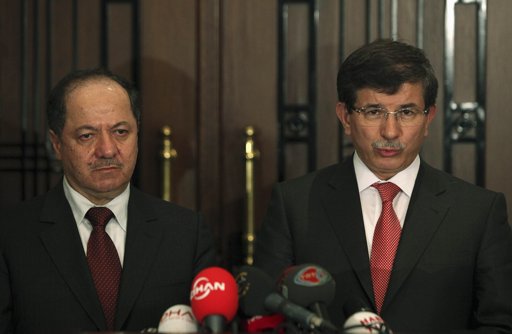 Cyprus after Long Island: a milestone towards reunification

by KLAUS JURGENS
None of the three parties directly involved with the Cyprus talks held last Monday in New York, nor any serious observer elsewhere, would have expected that the reunification of the divided island nation would be announced there, or that any progress made would be communicated differently than it has been in past attempts to overcome the Cyprus impasse, in which decisions have been delivered in instalments only, never settling the full outstanding balance.

A smart model for dumb debate on ‘Turkish model’

by HDN
It happened again this week, another encounter with the ‘M-word.’ Never mind the identity of the ambassador who renewed this wearisome discussion of whether Turkey is a ‘model.’ No need to add to the scolding he received from the Turkish journalists. Still, I want to add a few more words on the topic of modeling. 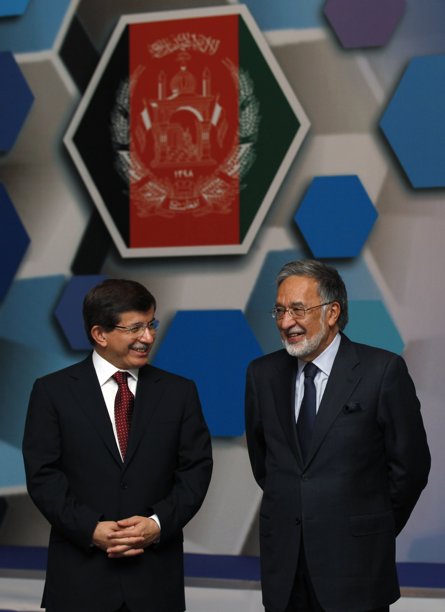 from Hurriyet Dailynews by ANKARA – Anatolia News Agency
The head of the Kurdistan Regional Government (KRG) in northern Iraq, Masoud Barzani, will arrive in Turkey today for an official visit.

The Istanbul Declaration issued at the end of Wednesday’s conference of Afghanistan neighbours and regional states, contains 23 points for all the participating countries to act upon. The declaration lays out a tall order, as the measures it envisages

from Hurriyet Dailynews by ISTANBUL- Hürriyet Daily News
Afghanistan?s neighbors adopt a joint declaration on confidence-building measures while a binding deal was not forged as Afghanistan wanted

by SUAT KINIKLIOĞLU
The Center for Strategic Communication (Stratim) organized the 2nd İstanbul Forum on 31 Oct. 31-Nov. 2 in İstanbul. It was a memorable event as it brought participants from more than 17 countries and numerous institutions from the US, Europe, the Middle East and Turkey. In line with the growth of technology, the event was broadcast live from its website (www.theistanbulforum.org) and was well communicated through twitter. The feedback we have received so far indicates that it was widely viewed and followed by an informed public.