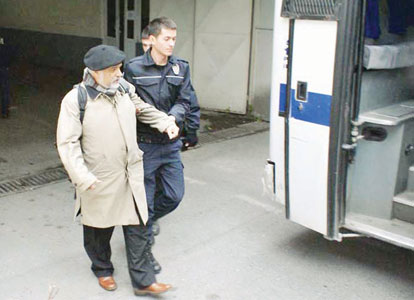 44 People Arrested – among them Ersanlı and Zarakolu

44 out of 50 people who were taken into police custody were arrested on 1 November and taken to prison in the scope of the KCK operations.

Since the escalation of violence in mid-July when the outlawed Kurdistan Workers? Party (PKK) attacked a military outpost in the Silvan township of the southeastern province of Diyarbakır, killing 13 soldiers, the Turkish police have reinitiated a massive operation against the suspected PKK-affiliated organization called the Kurdish Communities Union (KCK).

by FATMA DİŞLİ ZIBAK
The detentions of Professor Büşra Ersanlı and publisher Ragıp Zarakolu on Monday on terrorism charges as part of an investigation into the Kurdish Communities Union (KCK) have received widespread criticism from Turkish journalists.

New military strategy in the fight against PKK

by HDN
Upon the outlawed Kurdistan Workers Party (PKK) intensifying its attacks with some kind of a full-scale war concept, a similar retaliation perception emerged within the state. When it is the case, a frequently asked question became this: Does the state return to the years of the 1990s? (When the years of 1990s are mentioned, it means the period when legal boundaries in the struggle against terror was carelessly exceeded with the approval of the state.)

Where do Kurds stand in the ‘Arab Spring’?

by HDN
Kurds live in Syria, which was hit by the uprising and revolutionary wave named the ?Arab Spring,? and in its Arab neighbor Iraq. They also live in Iran, which is strongly exposed to the indirect effects of this wave, and in Turkey.

Reporters without Borders described the recent declaration of five major Turkish news agencies as “disturbing”. The declaration, seen by RSF as a “serious threat to freedom of information”, came after a meeting of PM Erdoğan with media owners and executives.

Six suspects were released today as part of the fraud investigation into the Deniz Feneri (Lighthouse) charity organization.

by ANKARA – Radikal
The Ankara chief prosecutor’s office used a reading list as evidence against five students who were charged with membership in terrorist organizations, daily Radikal reported today.

by ISTANBUL – Vatan
Charges were pressed recently against a man who allegedly posted insulting remarks on Facebook about the Turkish Prime Minister Recep Tayyip Erdoğan.

from Bianet :: English
The examination of conscientious objector Süver at the GATA military hospital it was determined in the related report to reduce his penalty and to have him serve his sentence at hospital. Süver was convicted on charges of “absence without leave”.

by ISTANBUL- Hürriyet Daily News
OSCE, Organization for Security and Co-operation in Europe have recently published their report on the elections in Turkey that took place in June 2011.