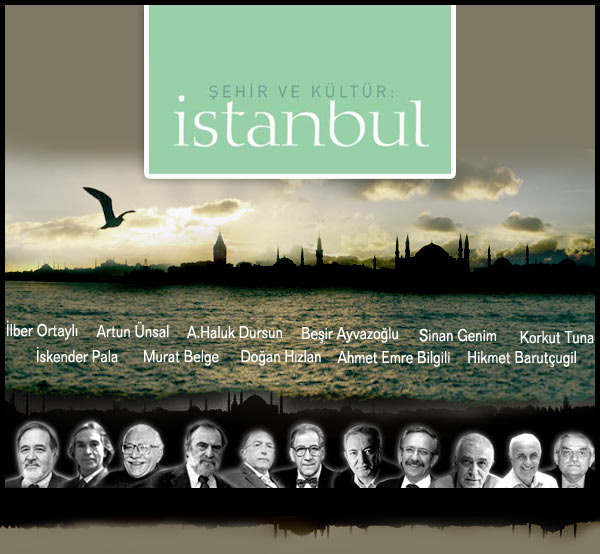 Many intellectuals came together to produce this book (in Turkish): İstanbul: Şehir ve Kültür

by ISTANBUL- Hürriyet Daily News
santralistanbul is exhibiting Le Corbusier?s works for the 100th anniversary of the famous architect?s journey to the East. His architecture is on view at gallery through the photos of photographer Cemal Emden.

Istanbul’s public drinking dispute is bigger than tables and chairs

That kind of talk drives people crazy in the heart of Istanbul’s Beyoglu nightlife district. Bar and restaurant owners say thousands of workers have lost their jobs after a decision in July that swept patio tables off the streets, and they speculate

Explore your own personal İstanbul at new SALT show
Today’s Zaman
These sentences, defining various concepts as they apply to today’s İstanbul, are a few examples of the work being presented in SALT Beyoğlu’s new show, ?Becoming İstanbul.? On the third floor of this unconventional exhibition, viewers are invited to

A glimpse of Üsküdar

from Journalist in Turkey, background articles, news and weblog about by Fréderike Geerdink
?We want three?, she said holding three fingers up in the air, ?for ten?, showing ten fingers. She giggled, and her friends too. Dutch, I heard clearly from their English accent. The salesman agreed with a big smile. He handed them three pieces of bread with fish and some salad, they sat down on the […

The Istanbul Biennial: Vintage is the new vanguard | The Economist

Istanbul Adventures II: Travel Treasures
Daily Sundial
The board is not just a game or a souvenir from Istanbul. It also helped our traveler meet local people, understand the culture, and bond with the community. Photo Credit: Kat Russel / Daily Sundial It’s no secret one of the great joys of traveling is

by ISTANBUL- Hürriyet Daily News
Kültür A.Ş., the arts and culture branch of the Istanbul Metropolitan Municipality, has released another volume in the ?Istanbul Faces? series.

INTERVIEW-Olympics-Persistent Istanbul confident for 2020 Games
Reuters
By Karolos Grohmann MUNICH, Germany, Sept 29 (Reuters) – Yalcin Aksoy has failed four times to land the Olympic Games for Istanbul but he is ready for another go as Turkey’s largest city bids for the fifth time in the last six votes

by ISTANBUL- Hürriyet Daily News
The seventh GalataPerform ?Visibility Project? will run Oct. 22 and 23 with the motto ?Get Out of the Stage!? The event will bring together artists from seven disciplines to Galata and its vicinity

Avrasya Tunnel Project might trigger problems in İstanbul
Today’s Zaman
İstanbul’s Avrasya Tunnel Project, a highway beneath the İstanbul Strait for light vehicles, planned to be finished in three-and-a-half years’ time, will relieve traffic congestion but might have a negative impact on the city’s historical peninsula

Political messages in 12th edition stamp İstanbul biennial among THE best
Today’s Zaman
These are just a handful of the works featured in the vast 12th İstanbul Biennial, a breathtaking compilation of contemporary works concentrated in the Tophane-based Antrepo warehouses. Two weeks since the cloak was ceremoniously whisked back to reveal 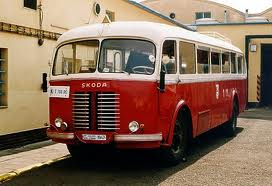 Tasting Istanbul, From Humble to High Cuisine
New York Times
By LIESL SCHILLINGER SOMETIMES I think it’s no accident that Istanbul’s telephone area code is 212. Despite its minarets and its hilly cobblestone streets, its Grand Bazaar and the sapphire waters of the Bosporus that glide through the city like a

Firefighting in Istanbul: From pumps to satellites
Hurriyet Daily News
A fire brigade was certainly needed in Istanbul since so many of the structures were made out of wood. Turkey’s fire departments are celebrating the 297th anniversary of their founding this week with the opening of new fire stations and special

French Indie Pop musicians bewitch Istanbul’s audience
Hurriyet Daily News
The Do, unlike the other similar bands which recently popped up from Nordic countries, a Paris based band was on stage Saturday in Istanbul. According to the most music sites, their music was added to the Indie Pop artist category, however

Can Istanbul become a design capital?
Hurriyet Daily News
Istanbul Design Week has contributed to Istanbul’s reputation in many ways by showcasing Turkey and its designers to the world, forming an international network through design and improving the power of Turkey’s reputation in the field of fashion

Discovering İstanbul’s hidden treasures
Today’s Zaman
Ifly journalist Mike Raanhuis notes that İstanbul is still not a very common destination and therefore has many hidden treasures to write about. Much of any airplane trip is spent killing time in eager anticipation of arriving at your desired

Istanbul to have first Syrian church built in the city
AsiaNews.it
In Istanbul there are about 17 thousand Syrians, who mostly fled coming from the south east of the country in the mid 80s. Istanbul (AsiaNews / Agencies) – The Syrian Christian community in Turkey has received approval for the construction of its firs

Walking İstanbul’s land walls from Mermerkule to Ayvansaray
Sunday’s Zaman
For many visitors to İstanbul the first glimpse they get of the historic city is from a fast-moving vehicle as their taxi races through the gap in the great Theodosian Land Walls that was made in the 1950s when the Sahil Yolu (Coast Road, later renamed

Chris Dziadul Reports: Istanbul insights
Broadband TV News
The three ‘buzzwords’ at this week’s IP&TV Forum in Istanbul were undoubtedly multiscreen, OTT and ?? perhaps not surprisingly ? IPTV. Although the event did not focus on any particular market, it provided useful insights into developments in a number

Istanbul Biennial
Artnet
by Patricia Watts This year’s 12th edition of the Istanbul Biennial (Sept. 17-Nov. 13, 2011), designated ?Untitled,? is likely to disappoint — that is, if you are looking for what we might expect from a biennial: a large, open-ended survey of recent

Anti-Sarkozy demonstration in Istanbul
Ennahar
Demonstrations against President Nicolas Sarkozy, have occurred Friday in front of the consulate of France in Istanbul, following the call a few days ago by this latter, for the recognition by Turkey of the Armenian genocide

by ISTANBUL – Hürriyet Daily News
The Istanbul Research Institute is continuing to organize its series of ?Istanbul Conferences? at Beyoğlu?s Pera Museum.