The European Parliament Prize for Journalism 2011: A #fail in the internet category [updated]

from Ideas on Europe by Ronny Patz
The winners of this year?s European Parliament Prize for Journalism have been announced today, and the jury?s choice for the winning text in the category ?Internet? is what one might call a #fail on the internet.

The Newsonomics of f8

The end of the Al Jazeera decade? 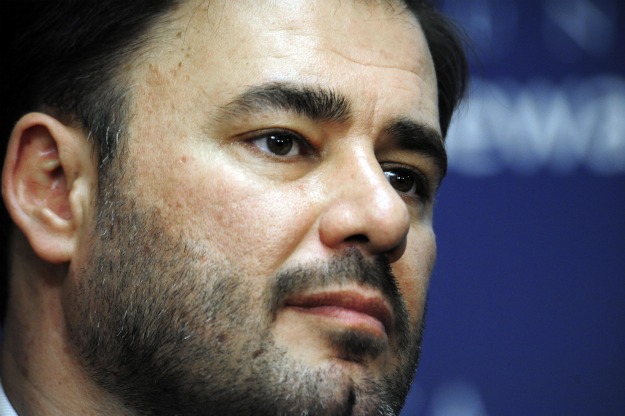 The sudden resignation Tuesday morning of Al Jazeera director-general Wadah Khanfar sent shockwaves through the Arab media world, leading to intense speculation about whether the relative freedom the satellite network had enjoyed is about to come to an end.

by Amira Al Hussaini
Al Jazeera Network Director General Wadah Khanfar announced his resignation today, creating a stir on social networking site Twitter. The Palestinian-born journalist, who was at the helm of the network for eight years, is being replaced by a member of the Qatar royal family, Shaikh Ahmed bin Jassim Al Thani.

from CyberJournalist.net by Jonathan Dube

Tumblr is a great tool for news curation. ShortFormBlog, which curates about 30 news stories a day using visual storytelling, is one example being done particularly well. The blog, which can be found at shortformblog.tumblr.com, is produced by a graphic designer at The Washington Post, Ernie Smith,

‘Hurricane’ Irene, which eventually turned out to be a tropical storm, was a natural disaster that loved the spotlight. As Howard Kurz of The Daily Beast points out, the fact that a rare hurricane was poised to strike the East Coast base of many major news operations managed to draw news coverage in the US away from the ongoing struggle in Libya in favour of non-stop storm coverage.

from Eurozine articles by Tamara Witschge
New media are changing news production, but not in the way democratization theorists hope, writes Tamara Witschge. The journalistic profession remains resistant to the “amateur”, defending values under threat yet shoring up existing relations of power.

With WSJ Social, the Wall Street Journal is rethinking distribution of its content?on Facebook

Your Guide to the U.K. Phone-Hacking Scandal (or ‘Hackgate’)

from MediaShift
From time to time, we provide an overview of one broad MediaShift topic, annotated with online resources and plenty of tips. The idea is to help you understand the topic, learn the jargon, and take action. We’ve previously covered Twitter, local watchdog news sites, and Net neutrality, among other topics. This week MediaShift U.K. correspondent Tristan Stewart-Robertson looks at the phone-hacking scandal.

Many people would say that travel journalists are some of the luckiest people around; they get paid to go on holiday, right?

Teaching Magazine Journalism Beyond the Magazine

from MediaShift
While magazine industry professionals struggle to come up with the best ways to use today’s technology, magazine journalism educators are working hard to prepare their aspiring co-workers.

Did Wikileaks Force the Director of Al Jazeera to Resign?

from CyberJournalist.net by Jonathan Dube
Wikipedia is remarkably good at curating and summarizing breaking news ? especially how fast it does so. And increasingly people turn to it as one of their first sources, because it offers a good overview, with context. So it?s great to see a new project launching that will examine how…

From Nieman Reports: How the Center for Investigative Reporting and partners birthed the Civil Rights Cold Case Project

from Nieman Journalism Lab by Robert Rosenthal
Editor?s Note: Our sister publication Nieman Reports is out with their Fall 2011 issue, ?Cold Case Reporting,? which focuses on process of revisiting old investigations to tell new stories. Over the next few days, we?ll highlight a few stories from the issue ? but go read the whole thing. In this piece, Robert J. Rosenthal of the Center for Investigative Reporting writes about the origins of the Civil Rights Cold Case Project.

Editor?s Note: Each week, Ken Doctor ? author of Newsonomics and longtime of the business side of digital news ? writes about the economics of news for the Lab.
Ah, the joys of print ? and real world ? serendipity.

by David Cohen
The Wall Street Journal is bringing its content into the Facebook platform with its launch of the WSJ Social app, available free of charge during its first month thanks to exclusive launch advertiser Dell.

1 thought on “the internet category of The European Parliament Prize for Journalism 2011 questioned. and a massive journalism roundup…”