15th october: #United we will re-invent the world | Just another Take The Square Sites site 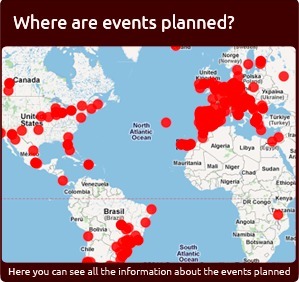 On October 15th people from all over the world will take to the streets and squares. From America to Asia, from Africa to Europe, people are rising up to claim their rights and demand a true democracy. Now it is time for all of us to join in a global non violent protest. The ruling powers work for the benefit of just a few, ignoring the will of the vast majority and the human and environmental price we all have to pay. This intolerable situation must end. United in one voice, we will let politicians, and the financial elites they serve, know it is up to us, the people, to decide our future. We are not goods in the hands of politicians and bankers who do not represent us. On October 15th, we will meet on the streets to initiate the global change we want. We will peacefully demonstrate, talk and organize until we make it happen. It?s time for us to unite. It?s time for them to listen. People of the world, rise up on October 15th! 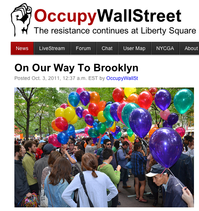 Occupy Wall Street: the American protest movement that seemed to have sprung from nowhere and may have been going nowhere – or so many people thought until Saturday October 1, when protesters marched across the Brooklyn Bridge in New York City and 700 people were arrested.

Right Here All Over: a short film on Occupy Wall Street by Alex Mallis 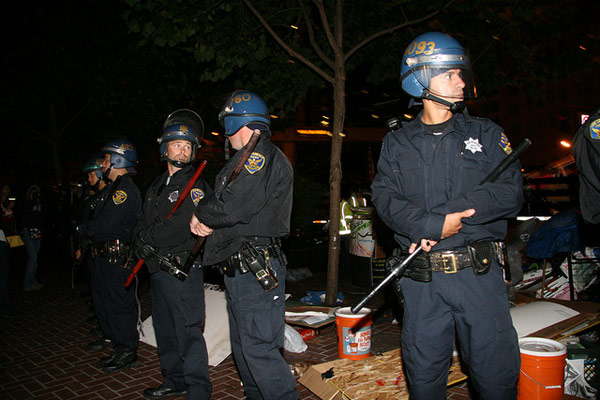 Fox News has been dispatching a stream of trolling reporters to Occupy Wall Street with the mission of making the protesters look stupid, using cheap editing tricks to heighten the effect. But sometimes they get a charming, silver-tongued demonstrator like Jesse LaGreca, who makes Fox and its minions look like fools. Of course, they don’t air those interviews.

The Statement Released By The Wall Street Protesters |

from Social Network Unionism by OrsanSenalp
Michel Bauwens, 8th October 2011
In the first video, Keith Olbermann Reads The Statement Released By The Wall Street Protesters. In the second video, Max Keiser advises the movement to use reverse capitalism to decapitalize the financial predators. This is followed by a support editorial by David Korten.

from WL Central by clayclai
328 people spent their first night camped out at Los Angeles City Hall last night. At the General Assembly on Saturday evening there was a long discussion, that got quite heated at times, about whether to camp out on the grass or to move to the sidewalk as requested, under threat of arrest by the police. In the end almost everyone moved to the sidewalk last night but they are back in the City Hall park today.

from WL Central by clayclai
Rain is promised later in the week but today is a another beautiful Southern California day. Today should be especially interesting because it is the first regular week day for Occupy Los Angeles. City hall will be working, downtown will be bustling and the banks will be open.

?Occupy Everywhere? Movements.org How To Guides for Activists and Organizers #OWS #Occupywallstreet

from The Blog
In response to the widespread protests and demonstrations happening across the USA we’ve compiled a series of guides that will help organizers to sustain their movement nationally and locally and make the most of online and digital tools. Please share widely and get in touch with us if you have a resource to add or contribute!

by Marianna Breytman
In New York City’s Financial District, a peaceful protest has been organized by the group  Occupy Wall Street (#occupywallstreet on Twitter), and supported by the Canadian organization AdBusters and the hacker group Anonymous.

by Marianna Breytman
The so-called ?indignant march? [es], composed of three deployed groups (Meseta, Toulouse and Mediterranean), left from Madrid, Barcelona and Toulouse with Brussels as its final destination.

Violent clashes during general strike in Athens ? in pictures | ROARMAG

from Social Network Unionism by OrsanSenalp
By Jérôme E. Roos On October 5, 2011 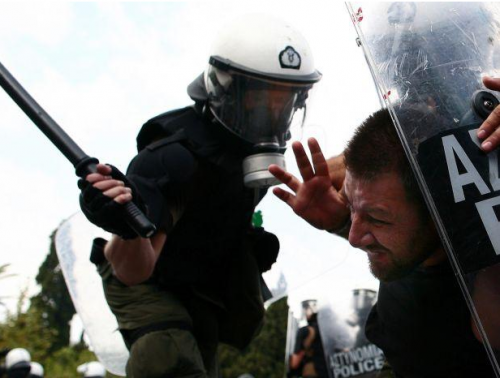 As a 24-hour general strike paralyzed Greece and thousands of anti-austerity protesters marched on Parliament, violent clashes broke out at Syntagma.

Can Obama strike an alliance with Occupy Wall Street?

from AL JAZEERA ENGLISH (IN DEPTH)
Furious with what they see as a gross mishandling of financial crisis, many in the US take to the streets to be heard.

Occupy Wall Street: The Most Important Thing in the World Now | Naomi Klein

By Naomi Klein
I was honored to be invited to speak at Occupy Wall Street on Thursday night. Since amplification is (disgracefully) banned, and everything I say will have to be repeated by hundreds of people so others can hear (a?k?a ?the human microphone?), what I actually say at Liberty Plaza will have to be very short. With that in mind, here is the longer, uncut version of the speech. 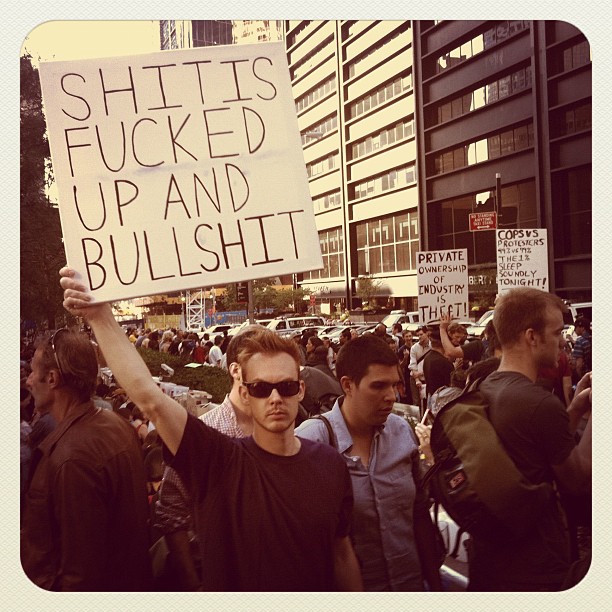 I feel like there are so many excellent signs at these Occupy Wall Street (and Everywhere) protests, we should just be featuring one a day on Boing Boing while the movement lasts. All these mainstream news reporters keep saying “But what do they want?,” so maybe posting one excellent sign a day is the way to show them.