Why Yandex Chose Turkey As Its New Frontier With Google?

Since their highly successful IPO in May this year when Yandex?s shares increased in value 55% on day one and raised $1.3 billion, the speculation (especially from me) has not been when the company would launch into new markets ? but which and when. This week Yandex finally put us out of our misery by launching into Turkey.

”Internet may effect politics in Turkey’

?Unfortunately, Turkish political leaders often underestimate the power of youth living in Turkey as they are all united in online platforms and are ready to unite and protest for anything,? said Ocaklıoğlu.

Understanding the security story of the year: ?Iranian? hack attack on SSL

Last week’s attack on Dutch certificate authority DigiNotar completely blew my attempt to avoid the Internet while I was on holidays: it seemed like enormously important news, but of such a highly technical bent that none of the traditional nonspecialist media could coherently discuss it.

More facts have recently come to light about the compromise of the DigiNotar Certificate Authority, which appears to have enabled Iranian hackers to launch successful man-in-the-middle attacks against hundreds of thousands of Internet users inside and outside of Iran.

Earlier this week, I wrote about the case of two Zimbabwean generals who may face treason charges for comments about their superiors made in a confidential conversation with the U.S. ambassador, and whose names were subsequently revealed in last month’s unredacted WikiLeaks dump.

How Would Social Media Have Affected 9/11? 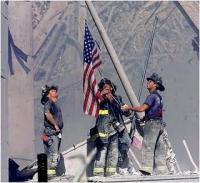 It?s an interesting question, and one that could yield many answers. As we have seen with so many important events over the past five to seven years, social media has played a vital, paradigm-shifting role.

“…Facebook is not copying Google, it is doing a Google. And what does Google do? It commoditizes everything. Welcome to the social web where every service or function is an asset.”

Google+ ? Too Little, Too Late

“Intrigue made me as well as millions of others an early adopter to Google+. They received a staggering 20M visits to Google+ in the 1st 21 days of service. But numbers are declining.”

Facebook has unleashed a slew of unwelcomed new features. Facebook users were already angry by the addition of top stories to news feeds before Facebook piled on even more aggravating changes.