More than a quarter (28%) of all American adults use mobile or social location-based services of some kind. This includes anyone who takes part in one or more of the following activities:

As online college courses have become increasingly prevalent, the general public and college presidents offer different assessments of their educational value, according to a new Pew Research Center report. Just three-in-ten American adults (29%) say a course taken online provides an equal educational value to one taken in a classroom. By contrast, about half of college presidents (51%) say online courses provide the same value.

Sites affected included the Telegraph and Betfair, as unwary users put at risk of having passwords and other details stolen

A Turkish hacker group diverted traffic to a number of high-profile websites including the Telegraph, UPS, Betfair, Vodafone, National Geographic, computer-maker Acer and technology news site the Register on Sunday night, putting unwary users at risk of having passwords, emails and other details stolen.

In reaction to a huge security breach the whistle-blowing platform Wikileaks on Friday released all of its classified US cables on the Internet in unredacted form, revealing the names of US embassy informants in the process. Commentators condemn this baleful mistake that endangers the informants’ lives and will mean the end of Wikileaks itself. 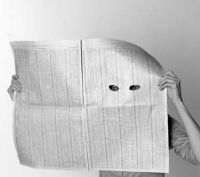 The Anatomy of a Social Media Crisis

Europe?s Odd Anti-Piracy Stance: Send Money to the US!

This article is a (rather lengthy) guest contribution from Joe Karaganis, vice president at The American Assembly at Columbia University and former Program Director at the Social Science Research Council. Karaganis is also responsible for the most objective and elaborate piracy study to date. Or in other words: an honest look at piracy.

Yahoo!?s board of directors fired chief executive Carol Bartz on Tuesday, less than three years after she was brought in to help turn around the struggling Internet company.