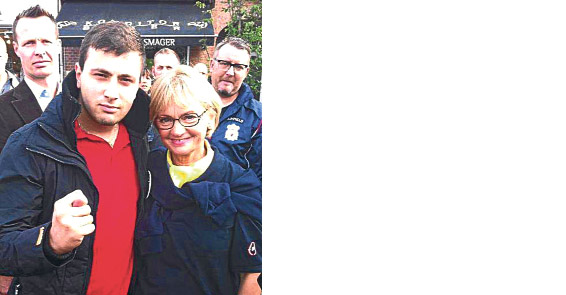 Fatih Sen, a 23-year-old born in Denmark to Turkish parents, and a group of friends crowd in to see Kjaersgaard.

Wearing an “I heart Pia” pin he jumps over and asks if she will pose for a picture with him.

She cheerfully agrees, although admonishes him to speak with his friends in Danish.

He poses with a lifted fist with his thumb squeezed between the index and middle fingers: “A sign of freedom,” he says.

Later though, he tells AFP the gesture in Turkey is equivalent to giving someone the finger.

“It’s a very racist party. I don’t respect them,” he says, explaining his action.

“They talk about freedom, but then criticise my wife for wearing a headscarf.

Hélène Flautre is right: many within the EU are jealous of Turkey

Hélène Flautre stated last year that many politicians and governments of the European Union are jealous of Turkey?s role in its regions such as the Middle East and the Balkans. She is right, because several politicians (as well as several media) proved it again. They are also disturbed of a politically ? and economically ? powerful Turkey.

from Today’s Zaman, your gateway to Turkish daily news :: Features by Zafer Özcan

It is a cold November morning in 1961. At İstanbul?s Sirkeci railway station, men are waiting with wooden suitcases. They are all clean-shaven and well dressed. Most of them are in their 30s, some of them even younger. 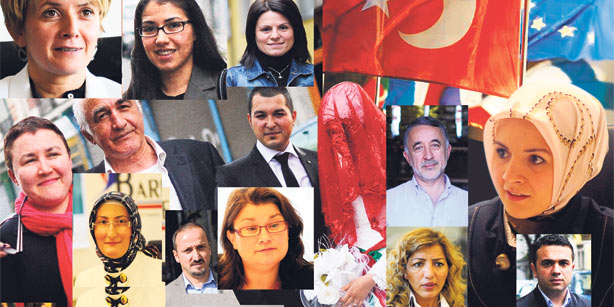 Turkish immigrants who first went to Europe half a century ago have stayed in their host countries and become productive members of their communities. VIA