The suspect arrested in today?s bombing and shooting attacks in Oslo is 32-year-old Anders Behring Breivik, who is believed to have links to right-wing extremist and anti-immigrant (read: anti-Muslim) organizations. (source: Sky News). And now, he has a Wikipedia page. The Daily Mail has photos.

from AL JAZEERA ENGLISH (IN DEPTH)
Scores killed after gunman opened fire at an island youth camp in Norway, hours after a deadly bomb explosion in Oslo.

from AL JAZEERA ENGLISH (IN DEPTH)
Looking to place blame for the attacks that took place in Norway, many looked no further than the Muslim community.

What did the Oslo killer want? 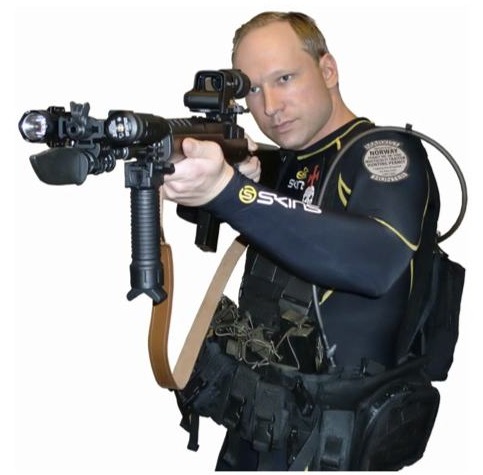 I have just finished reading through what appears to be the 1,518-page manifesto and handbook of the perpetrator of the worst terrorist attack in Norwegian history.

VIDEO: First images of the gunman on island

from BBC News | Europe | World Edition
Norway’s prime minister has said his country’s way of life has been abused and attacked, and the violence is “beyond comprehension”. 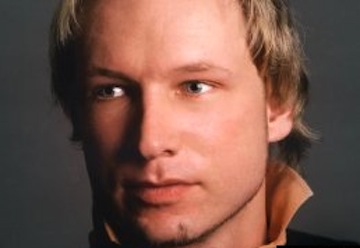 Why would Norway be a target?

Oslo and Utøya attacks ? understanding the reporting of an evolving event

from Jon Worth by Jon
I?m starting to write this blog entry at 2123 CET on 22nd July 2011. We have known for a few hours that twin attacks have taken place in Norway ? an explosion in central Oslo and a series of shootings at Utøya, an island in Tyrifjorden to the north east of Oslo where a Labour Party youth meeting was taking place.

from BBC News | Europe | World Edition
Norway is hit by twin attacks – a massive bomb blast in the capital and a shooting attack on young people at a governing Labour Party youth camp.

from FT.com – World, Europe
Oslo is known around the world as the home of the Nobel peace prize and capital of one of the world’s most prosperous and stable societies

Political culture in Norway: ?More democracy and openness? as a reaction to violence

from Ideas on Europe by Ronny Patz
Yesterday, a double act of extreme violence has hit Norway and speculations on who did this have started as it is usual in the news media cycle. Besides the explosion in the governmental district in central Oslo, for me the more shocking act ? if one can say this ?  is the shooting of young people at a social democratic youth camp in Utøya because besides the horrible attack on the life of human beings it is also an attack on democratic youth activism that we need for our democracies.

by OSLO – Reuters
An assailant who shot dead at least 84 people at a youth camp of Norway’s ruling party turned a “youth paradise into a hell”, Norwegian Prime Minister Jens Stoltenberg said on Saturday.

by OSLO – The Associated Press
A Norwegian dressed as a police officer gunned down at least 84 people at an island retreat before being arrested, police said Saturday.

“The Oslo and Utøya Island Atrocities” by Henning Meyer

from Social Europe Journal by Henning Meyer
I am out in Chicago and was shocked to learn yesterday about the horrendous attacks that took place in Norway. My thoughts are of course with the families and friends of the victims. These attacks also serve as a reminder that a free, open and democratic society cannot be taken for granted but…