Most of the photos by Aygen Bekte. I am grateful to her…

Among many questions, freedom of expression and internet freedom issues were mentioned. And in the most gentle way, she gave her support for the freedom issues….

"the bridge metaphor" was used again. This time, Ms Clinton emphasized that there is no need for Turkey to choose West or East but can play with both;) 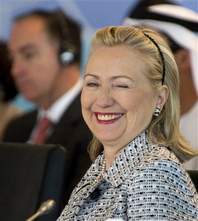 I am one in a few dozen young or youngish citizens from Turkey invited by the American Consulate for a special session by Hillary Clinton.

I will tweet about the event in my account mostly in Turkish: https://twitter.com/#!/sakaerka Later I will try to sum up the event….

There is a very sweet consulate official. When I said I did not like my seat, it was changed for a better scene…

The meeting will be on live here at CNN Turk: http://video.cnnturk.com/canli-yayin 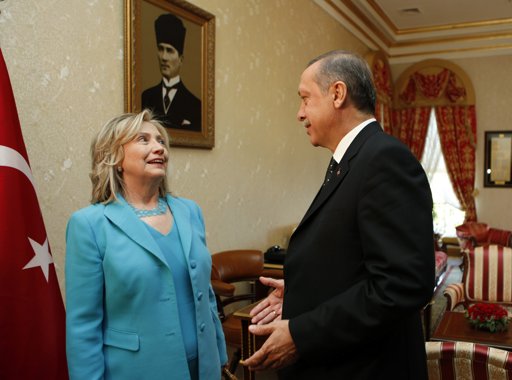 Clinton Chides Turkey on Arrests of Journalists and Others

from NYT > Turkey by By SEBNEM ARSU
Despite her concerns about detentions of journalists, Secretary of State Hillary Rodham Clinton said Turkey could serve as a model for Arab nations.

from Yahoo news
U.S. Secretary of State Hillary Rodham Clinton said Saturday she was troubled by Turkey's arrests of dozens of journalists and that it was "inconsistent" with the economic and political progress the moderate Muslim nation has made.

US lauds regional model Turkey but criticises on free speech

from Yahoo news
US Secretery of State Hillary Clinton Saturday lauded Turkey as an example of democratic progress in a turbulent region, but chided its NATO ally over free speech and Internet restrictions.