This will definitely fix the issues and fasten the project (!) 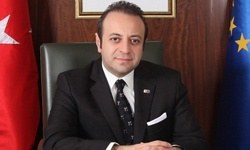 by KLAUS JURGENS
This week Prime Minister Recep Tayyip Erdoğan announced his Cabinet for the 2011-2015 term. For the first time ever the country has a full-fledged Ministry of European Affairs. At the helm: Egemen Bağış, well known and well respected both in Turkey and abroad.

Turkey should be treated fairly in its EU bid, German FM says

from Yahoo news
(ISTANBUL ) – Turkey, as a strategic key player in its region, should be treated “fairly and respectfully” in its membership negotiations with the European Union, the German foreign minister said here Friday.

by By DAN BILEFSKY
The high-level talks come as shifting relations in the region lead the onetime allies to work to break an impasse.

from World news: Turkey | guardian.co.uk by Stephen Pollard
With Greece and Turkey desperate to repair relations, it was an easy matter to stop the flotilla reaching Gaza

? Cindy Corrie: My daughter’s death shows the cruelty of an America that won’t protect its own
For months, anti-Israel activists have been planning a second flotilla to Gaza, after last year’s epochal events when nine of their colleagues were killed by Israeli troops on the Turkish ship, the Mavi Marmara.

by ISTANBUL / ANKARA – Hürriyet Daily News
Israeli Foreign Minister Lieberman accused Turkish Prime Minister Erdoğan of having ?shut the door? on reconciliation with Israel and having no intention of normalizing relations.

Turkey’s Foreign Minister Ahmet Davutoglu recognized Libya’s rebel leaders as the country’s legitimate representatives and promised them an additional $200 million in aid during a visit Sunday. The visit marked Turkey’s strongest show of support yet for the opposition forces trying to oust Libyan leader Moammar Khadafy.

from Yahoo news
ANKARA (Reuters) – Turkey’s prime minister said on Friday it was “unthinkable” to normalise ties with Israel unless it apologised for a bloody raid on a Turkish ship bound for Gaza last year and lifted a blockade on the Palestinian territory.

by Acturca
New Europe (Belgium)  3 July 2011
Demir Murat Seyrek * and Amanda Paul **
The proactive approach of Turkey?s ruling Justice and Development Party AKP to foreign policy making has changed traditional dynamics and taken Turkey to a totally different level of influence and power in its neighbourhood over the last few years. Nowadays Turkey has developed a far more independent foreign policy than hitherto. While maintaining strong links with the West being a long time member of NATO Ankara has begun to consider the national interests of the Turkey first and foremost which was not always the case in the past. This independent approach has raised the eyebrows of many western experts who interpret this as the West losing Turkey as Ankara becomes increasing engaged in its other neighbourhoods most particularly the Middle East.

Can Iran achieve victory over Turkey?

by Acturca
Dar Al-Hayat (UK) Mon, 4 July 2011
George Semaan
It would be difficult for Iran to convince itself or the others that the results of the Arab action rendered it a great victor. Iranian influence is retreating, as neither the youth on the squares conveyed their fondness of the Iranian model, nor the Islamic movements involved in this action showed a tendency to draw their inspiration from it. They chose the Turkish model in advance, because it is more enticing on the political level, but also at the level of freedoms, international relations and the economy.

from Project Syndicate by Ian Buruma
BURUMA: Europe without Turkey Most European citizens (for example, more than 60% in France and Germany) believe that Turkey should not become part of the EU, and to insist on it would smack of precisely the kind of undemocratic paternalism that has turned many Europeans against the EU already. But, on this question, the majority is not right. 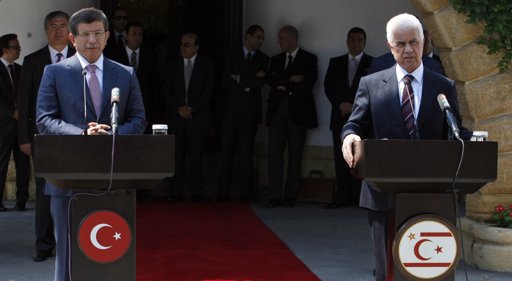 Turkey’s Foreign Minister Ahmet Davutoglu, left, and Turkish Cypriot leader Dervis Eroglu speak to the press, after their meeting in the Turkish occupied area of the northern divided capital of Nicosia, Cyprus, Saturday, July 9, 2011. Turkey’s foreign minister has called for a deal reunifying ethnically split Cyprus before the island assumes the European Union’s presidency in mid-2012. Ahmet Davutoglu said Saturday that a “new state” reunifying Greek and Turkish Cypriots would make a Cyprus EU presidency legitimate because it would represent the whole island.(AP Photo/Philippos Christou)