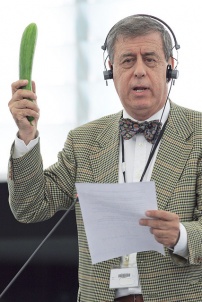 From our bent bananas to nutritious and safe Spanish cucumbers we love our fruit and vegetables here in the Brussels bubble. So much so it seems that our elected representatives are intent on waving them at us in the European Parliament, as Francisco Sosa Wagner MEP (non-aligned, Spain) showed yesterday. Well, it makes for a good photo doesn?t it.

The EU plans to compensate farmers for their loss of revenue due to the E. coli bacteria with up to 150 million euros, Agriculture Commissioner Dacian Ciolos announced on Tuesday. In view of consumers’ fears the press recommends buying locally grown produce and calls for a new warning system for food epidemics.

from WL Central by Wikileaks World

Despite the obfuscation of information by major outlets in traditional media and Internet, the movement born in Europe on the past 15th of May is spreading all across the continent, each day with more intensity and popular support. The repercussions, both in economic and political scenario are still unknown, in the same way the effects of the Cablegate episode of November 2010 were difficult to apprehend in that date but step by step shows its importance to contemporary society. The revolution lead by the European youth holds all Western economical and political structures as its enemy and is the type of social movement that does not have its shelter- an essential characteristic of a revolution. Relevant information of the gatherings, protests and projects are provided uniquely by independent media, and in some occasions these are being boycotted. The website for the Real Democracy Now platform in Berlin claimed that they were attacked, and the independent media site, www.europeanrevolution.com was finally put offline illegally, after having been blocked via DNS in, at least, France and Belgium. Below is a recollection of information from past events in different countries.

German Finance Minister Wolfgang Schaeuble says the aid package for Greece is “insufficient” and there is risk of default if funds are not released.

Stereotypes of the European Union

In the last few months so many comments have been very negative about the performance of Europe. But let us be affirmative and not vicious.

It should be very clear that the stereotypes of the European Union are not legitimate.

from Behind the Scenes by Honor Mahony

To all those of you thrown by that occasional out of left field question ? to which you have no idea what the answer is ? there is a stock response. It comes courtesy of Jose Manuel Barroso, European Commission President.

The Slovenes rejected a raise in the retirement age to 65 by a large majority in a referendum on Sunday. The reform put forward by the centre-left government was aimed at reducing the country’s budget deficit. The press regrets a missed opportunity for the country to reduce its debt and criticises the government for poorly preparing the reform.

What being “European” means to me, , Jorge Semprun

In order to organise my thoughts about Europe, I want to take three intellectual journeys to try to approach its reality from both a cultural and an historical point of view.

The topic is rich and vast. It is hard to find ways of traversing this immensity. I’ll start with a memory. It is Vienna 1935, towards the end of the great period of Viennese culture. This is the city where writers and painters inherited all the great riches of European culture. Sigmund Freud is still working here.

The scandal of France: power and shame, Patrice de Beer

The arrest in New York of the head of the International Monetary Fund and leading French politician on charges of sexual misconduct is a confusing and revelatory moment in France’s public life. Whatever the legal outcome of Dominique Strauss-Kahn?s case some uncomfortable truths have to be faced, says Patrice de Beer.

Solutions from Slovakia on the Eurozone Crisis

Solutions from Slovakia on the Eurozone Crisis Directed utilization of a mix of instruments 1.) Restructuring parts of debt forgiveness (15-20%) 2.) Internal devaluation (20-25%) 3.) Measures by the Greek government for more effective tax collection and elimination of unproductive expenditures. 4.) Bridging loans from Eurozone mechanisms and the IMF. Together the above form a model which proves capable of solving contemporary problems faced by public finances in Greece. And by adjusting the parameters, it can also aide other countries in southern Europe. Internal devaluation of the Euro closer reflecting its real exchange value has a greater potential of markedly eliminating the so-called problem of a two-speed European economy. Justifications In order to renew investors trust, which will enable Greece to access standard financing rates on international markets, it is necessary for them to present the capacity to pay the principal loans in the short term, in other words, achieve a budget surplus. Of course, this is no longer possible without economic growth and with it controlling government revenues in relations to expenses.

French TV and radio presenters have been banned from mentioning social networking sites such as Facebook and Twitter on air.

Last night, Portugal joined the ranks of 21 of its fellow European states by electing a right-wing government. Can it lead the country out of its historical crisis?

The day after is a sober one: no festivities, no bold plans. A quiet undertone prevails that also marked the speech of PM-elect, Pedro Passos Coelho. After all, Portugal is amidst its biggest crisis ever since becoming a democratic country, some 37 years ago 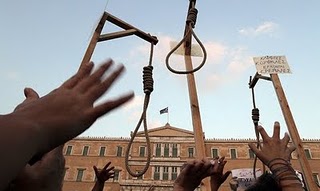 According to some reports, between 80,000 and 100,000 people took to the streets of Athens yesterday in the 12th day of protests against the government?s ongoing austerity drive, as dictated by the EU and the IMF.

The conservatives emerged as the clear winners of Portugal’s parliamentary elections, in which Socialist Prime Minister José Sócrates was ousted by Pedro Passos Coelho. But the European press doubts Coelho will be able to lead the stricken country out of the crisis single-handedly, and recommends a grand coalition.

The effect of the international tribunal where those accused of crimes during the Balkan wars face trial is to reinforce divisions in the region. It?s time to consider other justice mechanisms that could address this problem, say Katharine Engelhart & Ozren Jungic.

From #spanish to #european and #globalrevolution

by OrsanSenalp
Spain?s protest movement ? not producing miracles fast enough for some and growing at an impressive rate for others. An update on day 20 of #spanishrevolution
From ?Not Enough Bread for So Much Chorizo? (chorizo being the popular cured pork sausage and also slang for thief) to ?We Are All Grains of Rice in the Universal Paella? (typical Spanish rice dish).

e-G8: A discussion about sovereignty

by Jeff Jarvis
I?m coming to see last week?s e-G8 meeting in Paris as a negotiation over the sovereignty and future not only of the net but of government itself.
The e-G8 was government?s opening volley against the internet as its agent of disruption. Oh, yes, the gathering was positioned as exactly the opposite: We come in peace, said Nicolas Sarkozy. After hearing him speak to the thousand net, corporate, technology, and government machers he?d assembled in Tuileries tents, I tweeted that I felt like a native of the Americas or Africa watching colonists? ships sail in, thinking, this can?t end well.

from open Democracy News Analysis – by Marco Scalvini
The Berlusconi era may be nearing its end, but media populism remains a danger across Europe and requires new political forms of organisation to combat it

The E coli infection and its coverage in the news

from Editors Weblog – all postings by Federica Cherubini 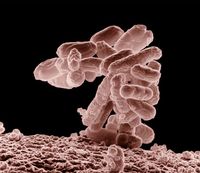 During health pandemics and environmental catastrophes, a press debate arises every time over the thin line between informative and accurate reporting about risks and preventions and useless, if not damaging, alarmism. 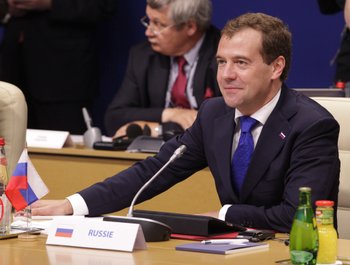 On the eve of the EU-Russia Summit in Nizhny Novgorod, all eyes are fixed on new political dimensions to the bilateral relationship. Yet the picture being formed is incoherent and indistinct, representative more of political conjecture and systemic instability than it is of conscious policy positions, says Andrei Makarychev.