Warning! Judiciary is armed in this country. (by İç Mihrak) 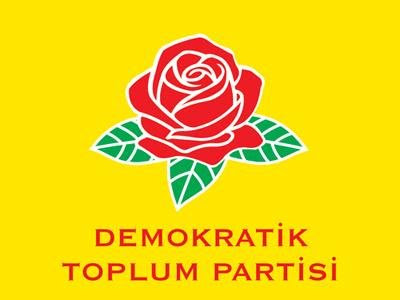 One of what Turkish judiciary is best is closing political parties.  Here comes the 25th party closed in modern Turkish history. Pro-Kurdish Democratic Society Party has just been closed by the Constitutional Court. Hürriyet lists 141 reasons for the closure.

Nothing but nothing will be resolved by closing a party. This party has been closed and re-opened with a new name for several times. Just satisfying establishment desires, nothing else…

37 Kurdish politicians are banned. Some like Ahmet Türk are indeed moderates… Head of Turkish Constitutional Court stated that they relied on ECHR’s ETA decision…By banning moderates, the Court may have empowered hawkish ones in both sides…

from FT.com – World, Europe
Turkey’s constitutional court has ordered the closure of the country’s main pro-Kurdish party in a ruling that could kill off reforms aimed at ending decades of conflict
BBC News – Turkish top court bans pro-Kurdish party

In the mean time, it seems that PKK admitted the responsibility of 7 killed soldiers. Head of murdering PKK team’s photo is released here. That does not mean they are still part of a conspiracy though..and that does still not mean they did thinking of all propaganda tactics used in Turkish media…

from NYT > Turkey by By SEBNEM ARSU
A radical wing of the separatist Kurdish rebel group claimed responsibility for an attack last week that killed seven Turkish soldiers and raised tensions in the country.

If the PKK says it did it, then?

The president, Abdullah Gül, is a cautious statesman. But he surprised many when he mentioned, in grief over seven dead soldiers, that the attack’s timing, location and method raised deep suspicions.

by BÜLENT KENEŞ
Take a look at what Ümit, the brother of the 17-year-old innocent young girl named Serap Eser who was burned by a Molotov cocktail thrown by Kurdistan Workers? Party (PKK) militants while returning home from a university preparation course in İstanbul and later died of organ failure due to her infected burns, said in response to the unbearable pain of losing a sister: ?This atrocity is not something that can halt the initiative.

by FATMA DİŞLİ ZIBAK
A terrorist attack against security forces patrolling a rural area in the Reşadiye district of central Tokat province, which killed seven soldiers on Monday, came as a shock to everyone at a time when such tragic news has not been reported in the past several months due to the government?s Kurdish initiative, which aims to resolve the Kurdish issue.

Four possible explanations for the terrorist attack in Tokat

by EMRE USLU
A terrorist attack on a group of security forces in a rural area in the Reşadiye district of Tokat which killed seven soldiers on Monday has left behind several unanswered questions. The perpetrators of Monday?s attack have not yet been captured, and no organization has claimed responsibility thus far. Observers, however, believe it could be the work of the PKK.

The other cave dwellers

by PAT YALE
As another year races to its close, perhaps it?s time to take a look back and consider what 2009 has meant for Göreme. The good news is that this didn?t turn out to be the catastrophic tourism season we feared at the start of the year, certainly not a repeat of 1999 when Kurdistan Workers? Party (PKK) threats coupled with the terrible earthquakes in the northeast of the country left many hotels standing empty.

from NYT > Turkey by By SEBNEM ARSU
Parliament?s only pro-Kurdish party, accused of undermining national stability and cooperating with militants, could be shut down if its members are convicted in a court case under way.

The ECHR evaluated a police attack on students protesting against the Higher Education Council YÖK law draft as “humiliating treatment”. The European Court ruled Turkey to pay a total of 68,000 TL in compensation to 10 students.

Assoc. Dr. Doğanay from Ankara University studied 3 Turkish nationwide and 3 local newspapers under the aspect of discrimination. Her conclusion: the media both denies and legitimates discrimination.