The 36 tests of Barack Obama

The breakup of the United States

By Mark Frauenfelder on politics

Kevin Kelly discusses the possibility of an "unthinkable" breakup of the USA. After all, notes Juan Enriquez, "no US president has ever died under the same flag that he was born under.

By Joshua Keating on Military

Having bid farewell to the Green Zone last week, U.S. forces today opened the brand new Baghdad embassy, which will house "1,200 employees, including diplomats, troops and staff from 14 federal agencies."

For a detailed look at America’s new digs in Iraq, it’s worth revisiting architectural historian Jane Loeffler’s analysis of the structure from the September/October, 2007 issue of FP, written before it was constructed:

Restitution, Not Revenge: Thoughts for an Obama Inaugural Speech

Revenge. Retribution. Punishment. Accountability. To the extent that the Bush administration lied the U.S. into war in Iraq, repeatedly spied on ordinary Americans, callously maltreated Arab-Americans, twisted words and texts to justify torture and outrageous executive privilege, used the shock and awe of 9/ll to muffle the press and bamboozle an all too compliant Congress, etc., etc., many Americans counted on bringing President, Bush Vice President Cheney, ex-Secretary of Defense Rumsfeld, and their various co-conspirators to judgement, with the expectation that justice will be done. That’s justice à la Bushspeak, meaning punishment dire and dreadful duly visited on those who have so gravely crippled the rule of law in the U.S., even as they have brought death and suffering to tens of thousands who had absolutely nothing to do with 9/11.

By Preeti Aroon on East Asia

Obama will be OK after all for Turkey 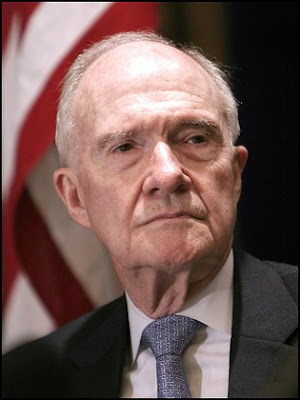 All that fear mongering against Obama in some Turkish American naysayer circles will come to nothing pretty soon. Firstly the reality will emerge as Turkey gains a better position as a deal maker in the Middle East and President elect Obama seems to be keeping some interesting Republican friends these days. Friends who can explain the Turkish position quite well and point out why it will also be in the best interest of US. Why Mavi Boncuk believes this you might say. Well. Read on.
Mavi Boncuk |

Civilians in Gaza and Israel Describe the Conflict

Palestinians and Israelis talk about how the conflict has affected their lives, and their hopes for the future.

Hamas, Hizbullah and Iran played the game of democracy better than the Bush administration. Can Obama change that?