Turkey said it had begun a ground incursion into the Kurdish enclave in Syria known as Afrin a day after intense aerial bombardment that signalled the opening of hostilities in a new phase of Ankara’s involvement in the war across the border.

At the national level and for the first day, hashtags seem to cluster around a central node #AfrinOperasyonu (for now the most popular tag). National distribution doesn't tell much of a political story (converges almost fully with Internet penetration) pic.twitter.com/JNXnqLOf9m

AP has deleted two tweets that referred to Turkish airstrikes on Islamic State forces in Afrin, Syria. Turkey's prime minister said the strikes targeted IS along with Kurdish forces, but IS is not known to have a presence in the city. A new tweet is coming.

in #kobani times (late 2014 – early 2015) #kurds in #turkey did take to the streets to protest. but turkey is a different country now: state of emergency, mass arrests, even more oppression. i don't expect huge turn outs now. #afrin

Good map to follow actors’ tracks in the war:

Pro-government media is more than ready for war: 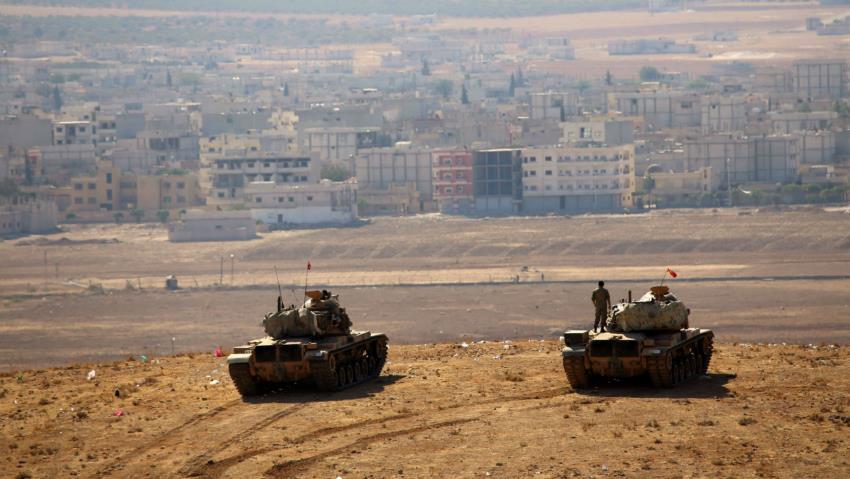 NYT > Turkey by By CARLOTTA GALL

Despite warnings from the United States, a defiant President Recep Tayyip Erdogan of Turkey vowed to crush the militias, which he described as a terrorist threat.

Turkish troops and tanks near the Syrian border are making final plans to attack the US military’s Kurdish partners inside northern Syria as tensions between Ankara and Washington near unprecedented levels.

U.S.-Backed Force Could Cement a Kurdish Enclave in Syria

NYT > Turkey by By ANNE BARNARD

The creation of a new military force in Syria raises fears of fighting among American allies and could draw the U.S. deeper into the conflict.