Welcome to our short summary in english of the PPNL 2017 election program.

Can the populist far-right win the elections in the Netherlands?
Ideas on Europe by Alliance Europa

Second post on our series on the Dutch general elections.

On Wednesday 15 March, Dutch voters will head to the polls to elect a new parliament and prime minister. And for once, the rest of Europe is very interested, as the question looms whether the leader of the far-right populist Party for Freedom (PVV) Geert Wilders may become head of government after these elections. 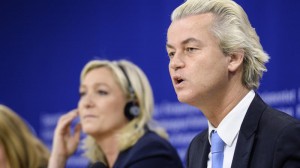 In good company in the European Parliament.

The Guardian view on the Dutch elections: another populist threat | Editorial
World news: Turkey | guardian.co.uk by Editorial
Dutch voters and politicians must combine to ensure that Geert Wilders cannot enjoy a position of power without responsibilityThe Dutch go to the polls on Wednesday, in a highly charged election watched across the west as a bellwether of how populist forces may yet fare in Europe in 2017. What comes out of Dutch ballot boxes will likely impact the political landscape in France, Germany and perhaps also Italy, where more tests lie ahead for liberal democracy and the European Union at large. After Brexit and Trump, the Dutch vote is seen as another potential make-or-break moment for the liberal order: a win for the far-right, anti-Muslim, xenophobic and anti-EU Party for Freedom of Geert Wilders would likely embolden like-minded movements elsewhere.
Dutch election: PM warns against populism in TV debate with Wilders
BBC News | Europe | World Edition

Mark Rutte says he fears a Brexit and Trump “domino effect”, in his election debate with Geert Wilders.

More than 40,000 people have signed a spoof petition calling for Barack Obama to be the next president of France.

SEE ALSO: Obama and Richard Branson fought over kitesurfing and we’re never getting him back

There is a growing body of evidence that supporting women’s rights leads to more security.

Fillon France election: ‘No one can stop me’ says candidate

Embattled presidential contender Francois Fillon vows to continue amid speculation over a challenge.

Germany’s election is actually starting to get kind of exciting France election: Why people are voting for Marine Le Pen

We go behind the scenes at a National Front rally in Nantes.

He said women “must earn less than men because they are weaker, smaller and less intelligent”.