The Media Intelligence Service of the European Broadcasting Union (EBU) has just released a report on the status of digital terrestrial radio in Europe.
The Digital Radio report highlights the main achievements of the past year for digital radio, pointing out both its strengths and areas that require action. It also includes a specific study on radio consumption, as well as some prospects for the year ahead. As a whole, it offers a progress report of the roll-out of digital terrestrial radio in European markets, helping EBU Members and other stakeholders to plan their digital radio strategies and supporting their advocacy initiatives.
The document can be downloaded from https://www.ebu.ch/files/live/sites/ebu/files/Publications/EBU-MIS%20-%20Digital%20Radio%20Report%202017.pdf
Infographic also available at https://www.ebu.ch/files/live/sites/ebu/files/Publications/EBU-MIS%20-%20Digital%20Radio%202017%20Infographic.pdf

Google, Facebook, Uber, and nearly 100 others team up to take on Trump’s travel ban

97 major firms in the US – including tech companies like Apple, Airbnb, Facebook, Google, Intel, Microsoft, Netflix, PayPal, Twitter, Uber and Y Combinator – have joined hands in filing an amicus brief tonight opposing President Trump’s travel ban, which he recently detailed in an executive order. The brief, filed with filed with the US Court of Appeals for the 9th Circuit, states that the companies believe the order to be unlawful, discriminatory and harmful to business in the US. A draft of the filing dated February 3, obtained by the Washington Post (PDF), draws attention to the contribution of…

As expected, Intel, Google, Microsoft, Apple and 93 other tech firms have filed an amicus brief in support of lawsuits against President Donald Trump’s executive order barring immigrants from seven countries. “The Executive Order abandons these princ…

One hashtag is uniting Americans in the fight against Trump

Among the millions of vibrant, emotional images of protest packing our timelines since Donald Trump’s inauguration, one simple six-letter word has stood out:

Since my CS grad school days to working in tech companies, there were many idioms and phrases I heard over and over. Don’t be shy with your opinion. 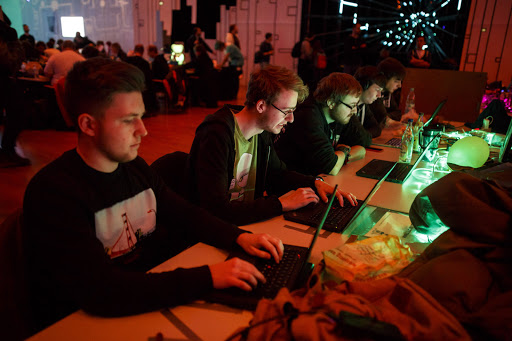 Dark net black markets are taking a leaf out of many legit companies’ book and turning to bounty hunters to find security flaws in their systems. Hansa Market is one of them. According to CyberScoop, the marketplace, which brought in $3 million last…

During a time of impassioned protests, controversial policies, and steadfast political resistance, the people of Trump’s America and those standing in solidarity across the globe are coming together in unique ways to make a difference.

Victories in Encrypting the Web: News and Government Sites Switch to HTTPS

The last year has seen enormous progress in encrypting the web. Two categories in particular have made extraordinary strides: news sites and US government sites. The progress in those fields is due to months of hard work from many technologists; it can also be attributed in part to advocacy and sound policy.

#DeleteUber may have actually forced something to change at Uber.