A few unemployed Finns are receiving a monthly check with no strings attached—but it’s unlikely to tell us whether universal basic income is a good idea.
Eurozone inflation surges to 1.1% in December
BBC News | Europe | World Edition Eurozone inflation surges to 1.1%, marking its highest rate in more than three years.
Debate: Will the Czech Republic introduce the right to own arms?
euro|topics
Following the terrorist attacks in Europe Czech Interior Minister Milan Chovanec plans to enshrine the right to own and use weapons in the constitution. He argues that if the occasion arises armed citizens should be able to stop terrorists just as the security forces can. Czech commentators reject the proposal.
Austria kicks off chairing of OSCE with Ukraine visit
EurActiv.com by Herbert Vytiska (Vienna) In mid-January, further negotiations will be held on the Ukraine conflict, within the framework of the OSCE. Time is of the essence as the situation remains dramatically unchanged
Europe finally takes centre stage in French election
EurActiv.com by Aline Robert In their eagerness to distance themselves from the National Front, the left-wing candidates for the French presidency are suddenly discovering their pro-European side. Some even want more sovereignty to go to Brussels. EurActiv France reports.
Brexit inflationary price warning hits clothing groups
EurActiv.com by Joel Schalit British clothing retailer Next on Wednesday (4 January) warned of a tougher trading year ahead as a weak pound caused by Brexit uncertainty pushes up raw material costs.
Debate: Riots in Poland after death of a young man
euro|topics
The death of a 21-year-old local man has triggered riots in the northern Polish city of Ełk. The man was allegedly stabbed during a fight with several employees at a kebab diner. The police have arrested four men from North Africa. One day later at least a hundred people gathered to demonstrate outside the diner and threw paving stones at it. The Polish press is incensed.
Hitler’s diatribe
BBC News | Europe | World Edition Hitler’s Mein Kampf has many readers but it is not among Germany’s best-sellers. 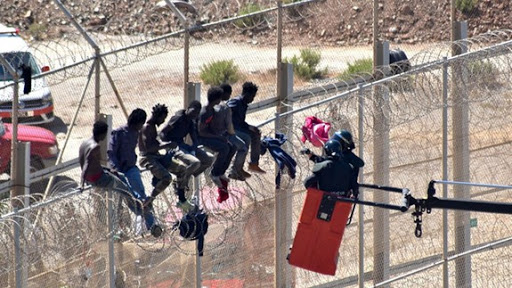 A picture of a sub-Saharan migrant hiding inside a suitcase in Ceuta, the Spanish enclave in northern Africa, is putting the spotlight again on the extreme measures migrants take to reach Europe. 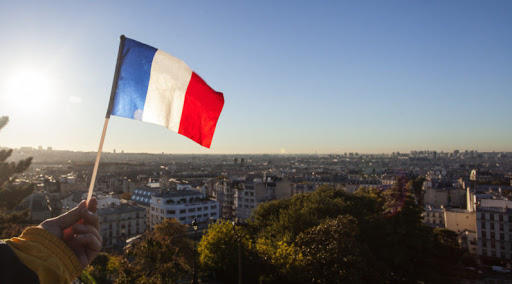 You might have to put up with your insensitive boss deluging you with after hours work email, but French workers no longer have to. Migrants attempting to reach Europe have stormed the border fence between Morocco and Spain’s North African enclave of Ceuta.

euro|topics
In response to the events of New Year’s Eve a year ago the police in Cologne this time checked the papers of hundreds of men deemed to be North African on the basis of their appearance. This has drawn criticism from several politicians and triggered a debate about racial profiling. Foreign commentators find it interesting that this is such a controversial issue in Germany.

No celebrations for Bulgaria and Romania’s EU’s 10th anniversary Bulgaria and Romania joined the EU on 1 January 2007. On 1 January 2017, no celebrations were held marking their tenth accession anniversary, confirming that EU enlargement is no longer fashionable.

euro|topics
Just under three weeks after the parliamentary elections in Romania President Iohannis has named Sorin Grindeanu of the social democratic PSD as the country’s new prime minister. Now he and his cabinet must receive the approval of the parliament, where his party has the majority. Romania’s press has nothing good to say about the new prime minister.