Russia’s President Putin rules out a tit-for-tat expulsion of US diplomats amid a row over hacking.
The Russian Tweet Heard Around the World
Exploring Digital Diplomacy by Ilan Manor  /

On Thursday, the 29th of December 2016, President Barack Obama announced the expulsion of 35 Russian diplomats from the US as well as new economic sanctions targeting Russia’s intelligence agencies. Both measures were part of the American response to Russia’s alleged interfering in the 2016 Presidential elections.

Russia’s digital response was immediate. Within an hour of Obama’s announcement Russian diplomats and diplomatic institutions took to Twitter in order to condemn the US President.  The Russian embassy in London published the Tweet seen below labeling the President a lame duck.

President Obama expels 35 diplomats in Cold War deja vu. As everybody, incl people, will be glad to see the last of this hapless Adm. pic.twitter.com/mleqA16H8D 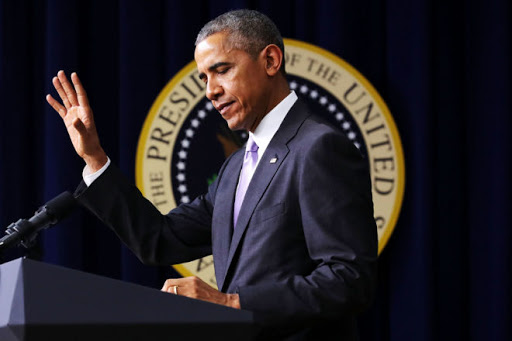 The US will deport dozens of diplomats, and has named specific individuals implicated in the cyberattacks.

President Obama has issued an executive order that levies a multitude of sanctions against Russia in retaliation for what the president calls, “the Russian government’s aggressive harassment of U.S. officials and cyber operations aimed at the U.S. election.”

It’s official: Russia tampered with the 2016 election via hackers
Mashable! by Jason Abbruzzese

The United States formally accused Russia of tampering with the 2016 election.

Since 2014, we’ve chronicled the reality-challenged internet proposals of the scandal-haunted EU Commissioner Günther Oettinger; now, on the eve of Oettinger’s promotion to EU budget chief, MEP Julia Reda lists the 10 normal web activities that Oettinger has sought to ban, from sharing snippets of 20 year old news articles to quoting three-word newspaper headlines to creating and operating a search engine.

What Do Internet Users Hide by VPNs? – Research and Infographics
PR Newswire (press release)
It should come as no surprise that Turkey closes the five leading countries in VPN usage. After popular social nets were blocked in Turkey, including WikiLeaks, technology sites and Twitter accounts, multiple Turkish users have made use of VPNs for Turkey.

Julian Assange is a deeply polarizing figure. Many admire him and many despise him (into which category one falls in any given year typically depends on one’s feelings about the subject of his most recent publication of leaked documents).