The Kurdish issue-focused Peoples’ Democratic Party (HDP) has decided to halt all its parliamentary works following the arrest of nine of its lawmakers, including co-chairs Selahattin Demirtaş and Figen Yüksekdağ, private broadcaster CNN Türk has reported.
Turkey’s crackdown on Cumhuriyet shows true extent of Erdogan’s wrath
World news: Turkey | guardian.co.uk by Peter Preston
Arrests at secular and independent newspaper signify dark day for press freedomThere’s always a tipping point where democracy dies; and Turkey’s President Erdoğan reached it last week, when he dismissed another 10,000 civil servants, closed more media outlets and, crucially, arrested the editor and a dozen of his finest journalists on Cumhuriyet.

The capital punishment to soon be brought to parliament: President Erdoğan

Turkey’s parliament cannot stay indifferent to the “public demand” for the death penalty, President Recep Tayyip Erdoğan has said, reiterating that he would approve the bill on the re-installment of capital punishment if lawmakers vote in favor of it. President given power to directly appoint rectors to universities in Turkey

President Recep Tayyip Erdoğan will be able to appoint rectors to universities directly without having to consider the preferences of academics following the imposition of the latest state of emergency decree on Oct. 29.

A new state of emergency decree law gives the government the authority to appoint trustees in place of minority shareholders on boards of companies not suspected of being controlled by the movement of U.S.-based Islamic preacher Fethullah Gülen.

What could and should the EU do with Turkey?

Is there a minimal sense of responsibility in European policies towards the people of Turkey, or do we have to content ourselves with European realpolitik?

Selahattin Demirtas, centre, and Figen Yuksekdag, to his left, co-leaders of the pro Kurdish Democratic Party of Peoples (HDP) lead a march towards the site of the explosions in Ankara, Turkey, Sunday, Oct. 11, 2015. Burhan Ozbilici/Press Association. All rights reserved.Early on November 4, police raided the homes of the opposition People’s Democratic Party’s (HDP) co-chairs Selahattin Demirtaş and Figen Yüksekdağ on terrorism charges. Along with them nine other MPs were detained, while the HDP headquarters was raided by the police. Facebook, Twitter, YouTube and Whatsapp, now the most reliable sources of news and journalism in Turkey, were restricted or even totally blocked in some provinces of Turkey. The internet was slowed down country-wide.

– NYT > Turkey by By CEYLAN YEGINSU and SAFAK TIMUR  –
Critics have accused President Recep Tayyip Erdogan of using the failed coup as a pretext to neutralize all opposition, notably the main pro-Kurdish party.

When the Justice and Development Party (AKP) came to power in late 2002, they had sought to try to defuse the concerns sparked in the West by defining their political movement as “democratic conservative” and advocate of universal human rights values as well as fundamental freedoms.

Turkish police use water cannon and teargas against hundreds of protesters in Istanbul on Saturday, to block them from marching to the office of an opposition newspaper where staff had been arrested. The protesters gathered hours after Turkish authorities formally arrested nine staff at the secularist Cumhuriyet newspaper 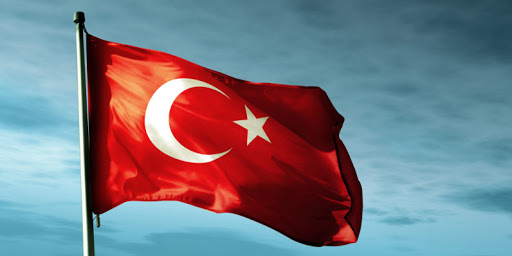 Internet monitoring group Turkey Block reports that Turkey has restricted access to Twitter, Facebook, WhatsApp and YouTube across the country since 1:20AM there (UTC+2). Connections to those services are being throttled or slowed down drastically by internet service providers, rendering them inaccessible.