Turkey’s Health Ministry has warned against playing Pokémon Go between 11 a.m. and 4 p.m., as long exposure to the hot sun between those hours could be hazardous

The head of Turkey’s union of imams, Diyanet-Sen, has proposed a ban on Pokemon Go, as the interactive gaming phenomenon continues to grip the country

Unless you’ve been holed-up in a cave playing Minecraft, you’ve heard about (and possibly even played) the new augmented reality (AR) mobile game sweeping the globe, Pokémon Go. For sure, AR can be exciting and compelling, when properly designed, offering us an experience of co-presence with a virtual character or object. And, it’d be understandable if you attributed Nintendo’s success to its use of the AR camera. But, you’d be wrong. The game’s AR succeeds, in fact, because it turned big data into a game.

Sorry AP, there is an accent in Pokémon

As Pokémon Go sweeps the nation, it’s important to remember what a fun game is all about: winning without trying. 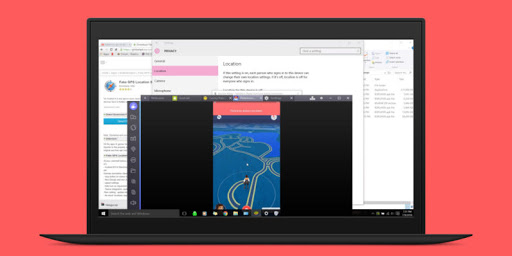 Enjoying Pokémon Go but afraid to wander out into the real world for fear of coming across dead bodies and muggers?

Here’s Why Pokémon Go Is Taking Off

It turns out that there’s an amazing side effect to joining the ranks of the millions now addicted to Pokémon Go: better health.

In a surprisingly fast move, Pokemon Go has gotten its first update to fix some of the growing pains and bugs from the initial release. Most notably, it fixes one of the biggest complaints about privacy:

What Is Pokémon Go, and Why Is Everyone Playing It?

Is this a safe space to admit that I have no idea how Pokémon Go works and only a very tenuous grasp on what Pokémon even is?

Reports have shown how the popular new game Pokemon GO opens the door for the app’s creator to access all your private information – which is a concern, but will people overlook it in order to use the app?

Here’s Why Pokémon Go Is Taking Off

MIT Technology Review
The hit summer game is easy and fun, and it can help make AR more mainstream in record time.