Skip to content
How SMART News Agency is telling stories from Syria in virtual reality
Journalism.co.uk

‘We are doing VR also for credibility, because you let the viewer be the witness inside Syria’
Inside Infomagical, Note to Self’s crowdsourcing project to find out how people deal with information overload
Journalism.co.uk

Using audio, voicemails and texts, Infomagical is a five-day experiment that crowdsources data and stories about how people consume information online

In 60 days, drone journalism will be legally possible in any U.S. newsroom

How ARTE monitors the way people interact with its 360-degree videos
Journalism.co.uk
To improve its use of virtual reality and 360-degree video, European TV network ARTE analyses how people watch the videos inside the ARTE360 app
The Slack app Carebot is a prototype that seeks to help change how we think about analytics
Nieman Journalism Lab by Taylyn Washington-Harmon

If you work at a digital news organization, you’re likely surrounded by numbers: pageviews, shares, clicks. But how do you move past one-size-fits-all stats (and analytics programs designed more for brands and retailers than journalists) to the numbers you should really care about?

How to create data-centric, interactive web pages with Silk
Journalism.co.uk
Do you have an interesting dataset at your disposal, but feel less comfortable with the technical skills required to illustrate it? Check out Silk
Tip: Check out this advice for filtering valuable eyewitness media in the online chatter
Journalism.co.uk How can you quickly spot a fake claim or piece of material online?
A Boston journalism nonprofit is among the first publishers to sell subscriptions on Medium
Nieman Journalism Lab by Laura Hazard Owen

Most of the publishers using Medium would describe themselves as small, or small-ish. But sites like The Ringer and The Awl are huge compared to the Boston Institute for Nonprofit Journalism, which also began monetizing on Medium in June.

Tip: How to protect your sources and their private information
Journalism.co.uk Take note of these security tools and advice for journalists

WATCH: So you want to be a data journalist?

In early June, a man posted an image on Facebook of a bloodied woman who he said was attacked at a Trump rally because she supported his candidacy. “The result of Fascism in America,” wrote Greg McCurdy. 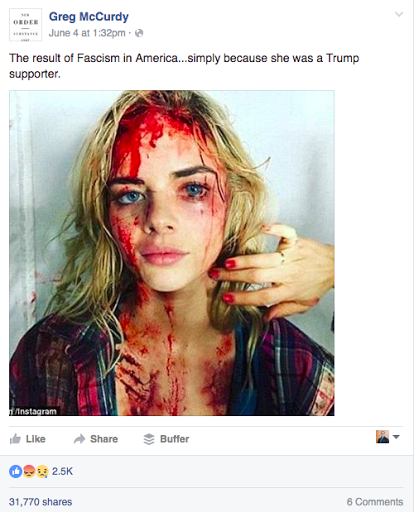 Slack, already an indispensable tool within newsrooms, is becoming a surprisingly effective community tool for publishers as well.

Back in April, The Washington Post launched Pay Up, a Slack-based community aimed at women in the tech sector. One part career support group, one part networking tool, the group has quickly become home to discussions about the male-female wage gap, salary negotiation tactics, and news about job openings.

Has your employer built its audience strategy around Facebook traffic? Welp, today’s not a good day for you. Facebook announced today it is changing its News Feed algorithm to give more weight to content and links shared by friends and family — and less weight to what publishers share:

Good judgement and experience matter, but journalists and freelancers should also be provided with training and a risk assessment before travelling to a dangerous location

New York magazine’s Gabriel Sherman takes a look at The Washington Post under the leadership of Amazon CEO Jeff Bezos in this week’s issue. Some tidbits, most of which have an “according to sources” attached, from the article:

Journalism.co.uk
Latest RISJ report reveals how publishers are monetising video content on their websites and elsewhere Almost a year to the day after launching its Canadian edition, BuzzFeed announced this week that it would be closing its Ottawa bureau and re-locating staff to the US.

Some outlets sold the news as BuzzFeed succumbing to the “pressure” of digital publishing affecting much of the industry, of a bureau in Ottawa that had served its purpose in covering the Canadian election and was no longer relevant to the organisation’s plans.

“Medium’s team did everything”: How 5 publishers transitioned their sites to Medium

“Even 15 years after Blogger, it’s still hard to publish on the internet,” a Medium executive told a group of publishers this past spring. Medium has now made it its mission to make publishing easier: After a few years of back-and-forth aboutwhether it was a publisher or a platform (or, ugh, a platisher), the company has stepped firmly into the platform camp.

The future of journalism is jargon 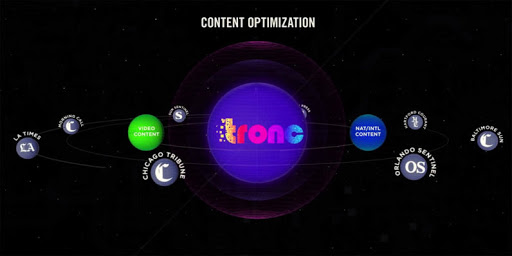 Earlier this month, Tribune Publishing Co., a 168-year-old newspaper publisher that’s been home to the Los Angeles Times, the Baltimore Sun and Chicago Tribune, changed its name to tronc.

The case for newsgames: Why newsrooms should ‘gain a fluency in games and play’

With just over four months to go until America heads to the polls for one of the most controversial elections the country has seen, it is time to get your election monitoring up to the standard you’ll need for this event — wherever in the world you are covering it from.

#Brexit round-up: How the British media is covering the aftermath of the EU referendum