BBC News | Europe | World Edition
Ukraine’s Jamala wins the 2016 Eurovision Song Contest with a song about the deportation of Crimean Tatars under Josef Stalin.
Eurovision 2016 – We are off to Ukraine!
Stephen Spillane

Congratulations to Jamala and the Ukraine on winning the 61st Eurovision Song Contest! This is the Ukraine’s second Eurovision win. They first won the contest in 2004 when Ruslana and her “Wild Dances” stormed Eurovision. Protesters have taken to the streets in French cities to voice their anger about planned reforms to labour laws.
London’s Muslim Mayor is nothing New: 1300 yrs of Muslims who Ran Major European Cities
juancole.com – Juan Cole

By Juan Cole | (Informed Comment) | The press is declaring Sadiq Khan, victor in the electoral contest for mayor of London, the “first Muslim mayor of a major European city.” They mean of course, something like ‘the first

TTIP vs Europeans: A wake-up call for the Commission The massive opposition to TTIP in Europe should convince the EU to listen to its citizens, as the issue has the potential, in conjunction with other factors like Brexit, to bring the whole idea of the Union into question, writes Nomi Byström

Sadiq Khan, the son of Pakistani immigrants who won a landslide victory in this week’s London mayoral election, was sworn in on Saturday in a multifaith service at Southwark Cathedral, becoming the British capital’s first Muslim mayor. 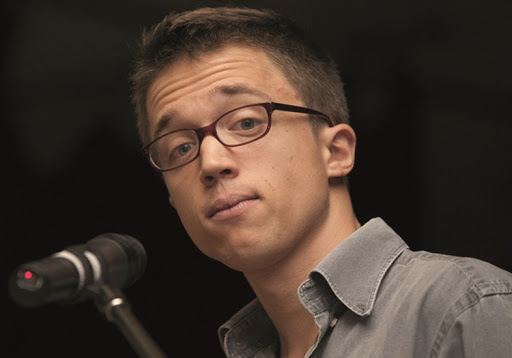 This is the thirty-third post in the freedom technologists series

I have pasted below some highlights (in Spanish) of an excellent interview with Podemos’ ‘no. 2’, Iñigo Errejón, conducted by María Lamuedra, David Montero and M. Eugenia Gutiérrez. To read the whole interview see: Galván, I. E. (2014). PODEMOS como práctica cultural emergente frente al imaginario neoliberal:

The EU will continue to be perceived as authoritarian until it reforms its relationship with national citizenship and political community.

The making of an open and democratic Europe: reading Brexit through E.P. Thompson

There is no room for Britain’s turning away from Europe to a fantasy mid-Atlantic or neo-Commonwealth position of the kind floated, typically unseriously, by Boris Johnson and Michael Gove.

How fast, frequent and FAKE terrorism could sink the EU

The ROI (return on investment) from making FAKE attacks against EU targets could exceed $1,000,000 to $1.  IF 10,000 FAKE attacks are made in the next year by self-activating, super-empowered individuals, the costs would be incalculable.

The successful terrorist attacks on Brussels and Paris have left the EU vulnerable to tens of thousands of fast, frequent and fake attacks by self-activating terrorists.

The ‘SYRIZA experience’: lessons and adaptations

SYRIZA did what the traditional way of doing politics dictates: supported social movements, built alliances, won a majority in the parliament, formed a government. We all know the results. Protests grow ahead of emergency Europgroup meeting to determine Athens’ ability to pay back the billions it owes. Reports by pollster YouGov said 62 percent had no Muslims in their private friendship and family circles.