Debate: How much money is being spent on refugees?

euro|topics
German Vice-Chancellor and SPD leader Sigmar Gabriel has called for a package of social measures that benefit the German population so it doesn’t feel it is receiving less than the refugees. Are migrants being given too much? 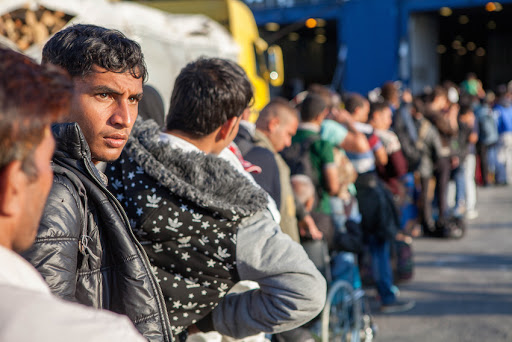 The disorder and tragedy inherent in large-scale, spontaneous refugee flows is not inevitable—what we need is a managed protection regime. A contribution to the openGlobalRights debate on refugees. Français, Español

This is Wednesday’s edition of our Brussels Briefing. To receive it every morning in your email in-box, sign up here.

Europe is waking to news that Donald Trump has taken a huge, bounding leaptowards securing the Republican nomination for US president. It is not yet wrapped up; the Republican race will probably run through to the spring. But Mr Trump could barely have emerged in better shape from Super Tuesday and the Europe’s press are all a bit stunned. Before they could even deploy some withering headlines, Mr Trump beat them to the punch, blasting the bloc on terrorism and migration: “You look at Brussels, look at Sweden, you look at Germany – it’s like a disaster.” With an eye on the presidential race, he at least had the diplomatic courtesy to hold back on attacking Germany’s Angela Merkel, a leader he recently said would “be out if they don’t have a revolution”. Cohesion Policy, the European Union’s main investment policy tool, is soon to face a struggle for survival. One that could threaten the core values of solidarity and convergence of regional disparities on which the EU has been built up, write Nikos Lampropoulos and Francesco Molica.

The French state against sex workers: a security and racist logic

The French state ostensibly sees sex workers as victims, but its combined legal framework positions them first and foremost as offenders, especially when they are migrants. It seems increasingly unlikely that François Hollande will have another shot at the French presidency; faced with dissent in his own ranks over proposed employment reforms and struggling in the polls, the incumbent has few options open. EurActiv’s partner Tagesspiegel reports.

Kosovo at the crossroads Kosovo has made great progress since gaining independence in 2008, but it still has a long way to go to secure a European future and avoid being consumed by its past, writes Hashim Thaçi.

Debate: Clearance of “Jungle of Calais” gets underway

euro|topics
Construction workers have begun clearing the southern section of the “Jungle of Calais” using heavy machinery, while inhabitants and relief organisations continue to protest. The Administrative Court of Lille gave permission for the clearance last week. Commentators accuse the government in Paris of undemocratic behaviour.

euro|topics
Ahead of the ECB meeting on March 10 the markets are looking desperately for signs of further quantitative easing. Commentators call on ECB chief Mario Draghi to finally take effective steps to stop deflation.

euro|topics
Ahead of the EU summit at the end of the week the rifts over asylum policy are growing deeper. French Prime Minister Manuel Valls has rejected the quota system for refugees advocated by Angela Merkel and the Visegrád states plan to seal the border between Macedonia and Greece. Europe could collapse as the result of selfish national interests, commentators worry.

Euro|topics
A pope and a patriarch of the Russian Orthodox Church have come together for talks for the first time since the Great Schism almost 1,000 years ago. Is the meeting between Francis and Kirill on Cuba a genuine sign of religious unity or is it more of a political move?

The troubling link between economic and political inequality in Europe

Trust in institutions is not equally distributed among populations. In general, people from higher social strata show most support for the political system, as they’re the ones who mostly benefit from it.

Trust in institutions is necessary for the well functioning of modern democracies and the maintenance of institutional arrangements. The euro crisis has been identified by several scholars as a major factor contributing to falling trust in various European institutions.[1] In a recent article we have investigated whether, as a result of the crisis, trust has declined equally across European countries, and whether the decline varies among individuals with different socioeconomic backgrounds.[2]

Debate: EU states for sealing borders ahead of asylum summit

euro|topics
Ahead of the EU summit at the end of the week resistance is growing to German Chancellor Angela Merkel’s proposal of a quota system for distributing refugees. The fact that large and prosperous countries such as France have now stopped toeing the line leaves commentators increasingly sceptical about the future cohesion of the EU.

Debate: Reflexions on the future of Europe

euro|topics
With borders being sealed in reaction to the flood of refugees, high unemployment, huge debts, and far-right parties and movements on the rise, Europe’s integration is grinding to a halt. Is this the end of the big peace project?

euro|topics
Ahead of the EU summit the Czech Republic, Poland, Hungary and Slovakia have stressed their intention to shut down the Balkan route. At a meeting on Monday the leaders of the Visegrád states Macedonia and Bulgaria agreed to support efforts to secure the borders. The plans provoke different reactions from the press.

euro|topics
The Socialist leader Pedro Sánchez wants to be elected prime minister in the Spanish Congress on March 2. It remains unclear which parliamentary groups will vote in his favour. Is Spain facing a phase of instability?